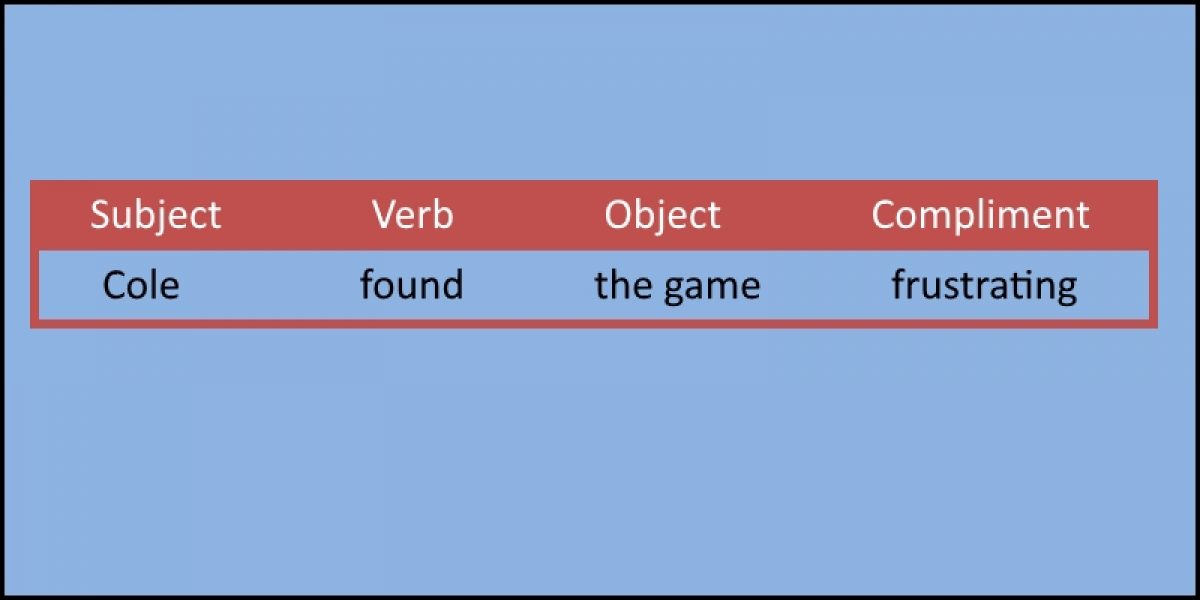 What is a clause?

We represent our experiences linguistically by packaging information into clauses. As such, clauses can be considered to be the key unit of grammar. They are units of information structured around a verb phrase (VP) and, according to some theories (e.g. Systemic Functional Theory), a basic clause must consist minimally of a Subject and a verb.

There are several exceptions to the above claims but space does not allow a more detailed discussion. The interested reader is referred to the work of Biber, Conrad and Leech (2002).

For now, we will examine the seven basic clause structures in English that are built around a verb phrase:

the boy hugged the dog

We have also noted how both the Subject and Object are represented by noun phrases and that the Verb is represented, as it must always be, by a verb phrase. Further examples of the basic SVO structure include the following.

Similarly, the second example my mother is drilling could also be expanded into an SVO clause, e.g.

Verbs such as laugh and go that do not take an Object are known as intransitive verbs.

The Object in the basic SVO structure can be substituted by an Adjunct that supplies further detail about actions, events and states. Adjuncts are most often optional elements that provide information related to manner, time, location or cause. Consider the following.

In this clause, the Complement (happy) makes reference to the same thing as the Subject (Dawn), i.e. it is Dawn that is happy. Other examples include the following.

It should be apparent from all of these examples that the Complement refers to the same thing as the Subject, i.e. Brian is mad, the book is terrible, the mother is sad. In all the examples provided above, the Complement has been represented by an adjective phrase consisting of just a head adjective (mad, terrible, sad). However, we have indicated that Complements may also be represented by noun phrases. For example:

Again we see that the Subject and Complement refer to the same thing, i.e. the witch is the ant, Adam is the hero, Kathryn is the dentist. In each of these examples, the Complement is represented by a noun phrase made up of an identifier and a head noun (an ant, a hero, the dentist).

It is apparent in this example that the Complement (very silly) refers to the same thing as the Object (your ideas), i.e. it is the ideas that are very silly and not Paul that is very silly. Other examples include:

As well as adding a Complement to the fundamental SVO structure, we can also add an Adjunct. Recall that Adjuncts are discretionary elements that supply extra information related to manner, time, location, and so on. Consider the following.

In this utterance the Adjunct function is represented by an adverb phrase that consists of just the head adverb gently. This Adjunct provides additional information regarding the manner in which the Subject, the boy, carried out an action on the Object, the dog. We now realize that this action was carried out gently. Here is a further example.

In this clause, the Adjunct is again represented by an adverb phrase, this time consisting of the head adverb softly that is pre-modified by the intensifying adverb so. Once more, this is an Adjunct of manner that describes how the Subject, the man, performed the action of holding on the Object, the woman. Here are some further examples of SVOA structures.