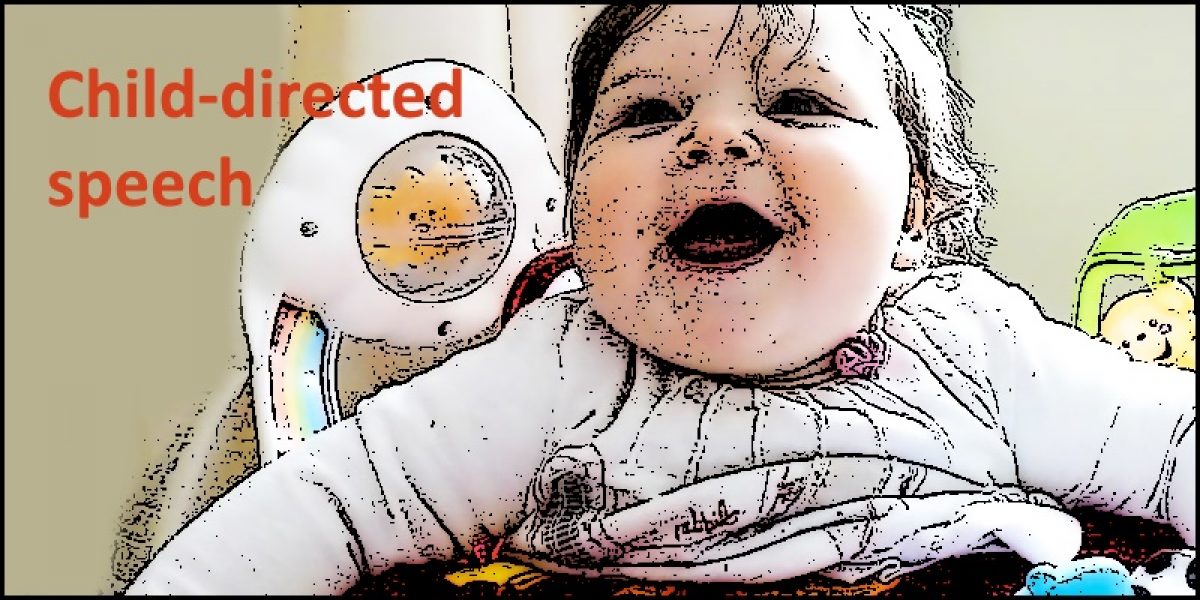 An imperfect model for language learners?

Critics of the innatist view of language acquisition have argued that the role of other people in assisting a child to learn language is given insufficient emphasis. We know that adult conversation is filled with hesitations, slips of the tongue, repetitions, and so on. It therefore provides an imperfect model for the developing child. However, research shows that adults actually make many modifications to their speech when talking to young children (Ringler, 1981; Cameron-Faulkner, Lieven and Tomasello, 2003; Field, 2004:54-56). These modifications appear designed to assist the child with language learning and this type of modified talk is known as child-directed speech (CDS).

CDS by any other name?

Child-directed speech has been variously labeled over the years. Baby-talk is a traditional label. Motherese was in favor for some time but it has largely been discarded owing to gender stereotyping and the fact that caregivers other than mothers are observed to employ distinctive speech and language patterns when speaking to young children. This led some to use the rather clumsy term caregiver speech. Parentese has also now largely been abandoned. So, in recent years the preferred term has been child-directed speech. However, even this term does not appear to be fully satisfactory, as the modifications include, for example, alterations to voice and grammar. This is why this article appears under the general heading of ‘communication’ rather than just speech. We are really discussing child-directed communication strategies.

It has long been known that caregivers demonstrate a style of speaking to their babies that is uncommonly different to their usual adult conversation (see Slobin, 1967; Drach, 1969; Foulkes, Docherty, Watt, 2005). This is also true of those who have worked with young infants for some time. In general, child-directed speech appears to be an unconscious act: caregivers can often be surprised when their speech modifications are pointed out to them.

There appear to be some gender differences in the use of child-directed speech (Davidson and Snow, 1996; Kaplan, Dungan and Zinser, 2004). In general, males speaking to young children tend to use more Wh-questions (who, what, when, where, why, how) than females. Wh-questions are linguistically more demanding because the child is required to construct a so-called lexical response rather than repeat the adult’s structure or simply give a non-verbal response. [Children begin to develop understanding of wh-questions between 2;00-3;00 years of age (Locke and Beech, 2005)].

In contrast, females tend to be more talkative – producing more, and longer, utterances.

Is it really necessary?

Slobin, D. (1967) A Field Manual for Cross-cultural Study of the Acquisition of Communicative Competence Berkeley: University of California.

What Do We Talk About?
COMMUNICATION
Features of Communication