You are here: Home > Research Methodology > Can Speech Therapy Help People with Schizophrenia? 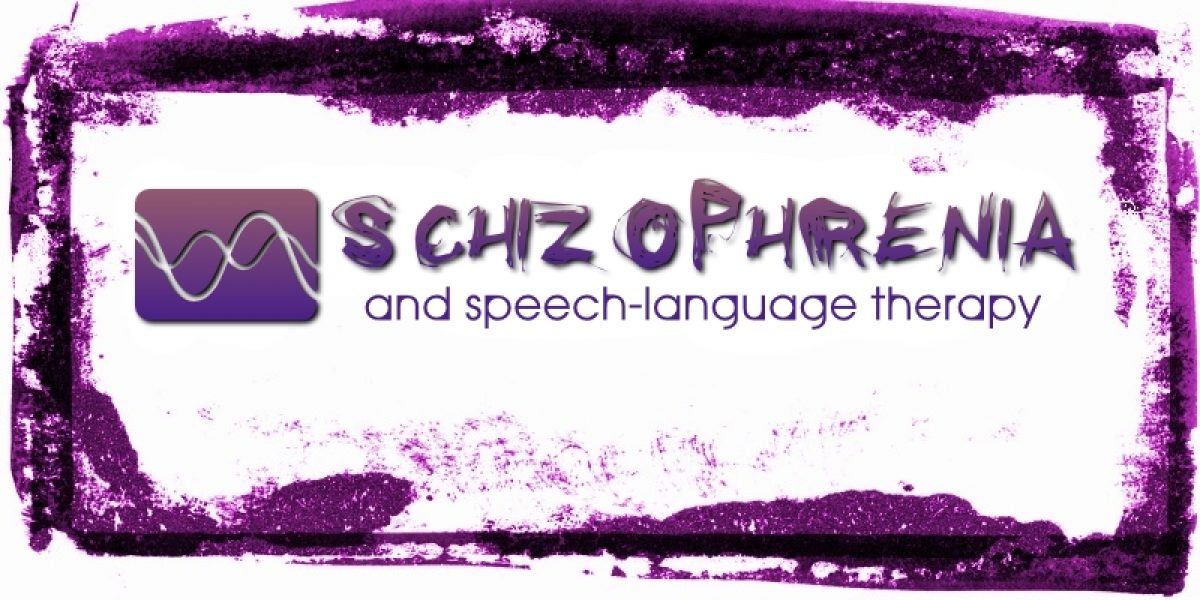 Can speech and language therapy help people with schizophrenia? How?

The state of the art

At the time of writing, the role of speech and language therapy for people with schizophrenia has not been extensively studied. In fact, much of the research has focused on either confirming/disconfirming theoretical frameworks or describing communication deficits – with relatively little work having been devoted to investigating the effectiveness of communication therapies (speech and language therapy).

From the late 1980s and into the 1990s, research appeared to focus on confirming (or rather disconfirming) hypotheses such as the one alluded to, e.g. people with schizophrenia exhibit distorted inner speech. For example:

Hoffman and Satel (1993) hypothesised that the hallucinated voices of people with schizophrenia reflect altered preconscious planning of discourse that produce involuntary inner speech as well as incoherent overt speech. They administered a language therapy which was designed to challenge and enhance so-called novel discourse planning. They went on to claim that their findings provided evidence that alterations of discourse planning may, in fact, underlie hallucinated voices. A problem with this research, however, is that the researchers only administered their language therapy to four people with schizophrenia, and only three of the people subsequently demonstrated significant reductions in the severity of their hallucinated voices. In addition, this gain was only temporary: the people with schizophrenia reverting back to hearing (hallucinated) voices within a relatively short period of time.

Another example is the work of Harrow, O’Connell, Herbener, Altman, Kaplan and Jobe (1995) who investigated the long-standing theoretical issue of whether disordered speech in schizophrenia should be viewed as a speech disturbance or a thought disorder. They assessed 184 people, including 55 people with schizophrenia, at the acute phase. They were then followed up twice, over a 4.5 year period. Their findings supported the view that disordered speech in people with schizophrenia is not solely accounted for by a speech disorder, but is typically part of a broader constellation that includes (1) gross reality distortions, (2) peculiar behaviours, (3) bizarre ideas, and (4) disordered thinking.

As well as testing hypotheses, researchers have also sought to describe the actual presentation of disordered “inner speech” and similar. The product of these various researches was the constitution of a body of evidence documenting the speech and language difficulties of people with psychiatric disorders.  For example:

Baltaxe and Simmons (2003) described the communication characteristics and specific language deficits of 47 children and adolescents diagnosed with early-onset schizophrenia. All of the children and young people had been referred for speech and language therapy because of apparent communication problems. The research findings indicated the foremost communication deficits to be difficulties with (1) pragmatics, (2) prosody, (3) auditory processing, and (4) abstract language. This finding appeared to mirror the communication difficulties known to be exhibited in adults with schizophrenia. However, because this study was descriptive, Baltaxe and Simmons gave no recommendations as to how one might go about alleviating the identified communication deficits.

There are, in fact, few examples of research which actively seeks to assess specific speech and language therapy interventions.

One early example, however, is the work of Wong and Woolsey (1989) who attempted to teach four actively psychotic people with chronic schizophrenia some basic conversational skills. These skills included: greeting someone, addressing someone by name, making a personal enquiry, and asking a conversational question. Their findings showed that, in three of the four people, gains were made but these were achieved extremely slowly – some skills requiring over 70 teaching trials before they were considered to have been acquired successfully. The fourth person’s acquisition of the basic conversational skills was unstable, with some abilities fading away when the training procedures were ceased.

Whilst the research that has been conducted to date is helpful – adding to the fund of knowledge – the methodological strength of the supporting evidence in most cases is quite weak. This is not to say that the various recommendations of the researches are unimportant but only that the investigative procedures are lacking in some way. A popular tool for critically appraising the level of rigor of research evidence is the system proposed by the Agency for Healthcare Policy and Research (AHCPR, 1992). The system assigns levels of evidence, as follows:

The five researches that have been cited so far in this article can be categorized using the AHCPR system as follows:

We see, therefore, that none is rated higher than Level III. This means that cause and effect relationships cannot be readily determined, i.e. one cannot unequivocally claim that a particular variable (e.g. intervention; medication; therapy technique) has caused some particular outcome (e.g. improved pragmatic skills; reduction in aberrant behaviours; increased concentration span). In addition, owing to the paucity of research investigating the effectiveness of specific interventions, speech therapy practitioners, in everyday situations, typically have to fall back on their own clinical experience when working with people with schizophrenia. At best, therefore, they are operating with Level IV underpinning in such situations.

My experience of having managed a Speech and Language Therapy Department in the north east of England for 25 years is that much of the evidence underpinning the work of the everyday practitioner working with people with schizophrenia is constructed by professional consensus. This is often achieved through attendance at Special Interest Groups, Journal Clubs, Conference Attendance, and so on. Again, this would be considered Level IV evidence.

Speech and language therapists, therefore, tend to administer traditional interventions. In fact, this is the approach currently endorsed by the UK’s Royal College of Speech and Language Therapists (RCSLT, 2005:86-87), i.e. therapists use traditional methods in an effort to remediate and/or facilitate communication in the areas that are difficult for the individual. Their management is, of course, always within the context of the person’s current emotional, psychiatric and/or behavioral difficulties. With regard to intervention with adults diagnosed with mental health disorders, the College highlights the following

Research over the past two decades has focused largely on either confirming/disconfirming hypotheses related to particular theoretical frameworks or on empirical description of the presenting communication deficits of people with schizophrenia. There has been little in the way of studies which seek to identify and test actual speech and language therapy interventions. At best, the studies which have examined the impact of interventions are inconclusive and, perhaps, do little more than suggest that speech and language therapy can contribute to the understanding and management of schizophrenia. Just how this contribution can best be made remains unclear.

Most researches to date are at Evidence Level III and do not, therefore, conclusively make statements regarding cause and effect relationships. Well-designed controlled trials (with or without randomisation) are lacking. Consequently, speech and language therapists typically operate according to professional consensus, attempting to facilitate communication in the areas that are difficult for the individual. This is chiefly carried out using traditional methods.

Clearly, more research is required in order to gain a better appreciation of the specific, optimal contributions speech and language therapy has to offer people with schizophrenia.

Research Styles
Is It Significant?
Incidence and Prevalence