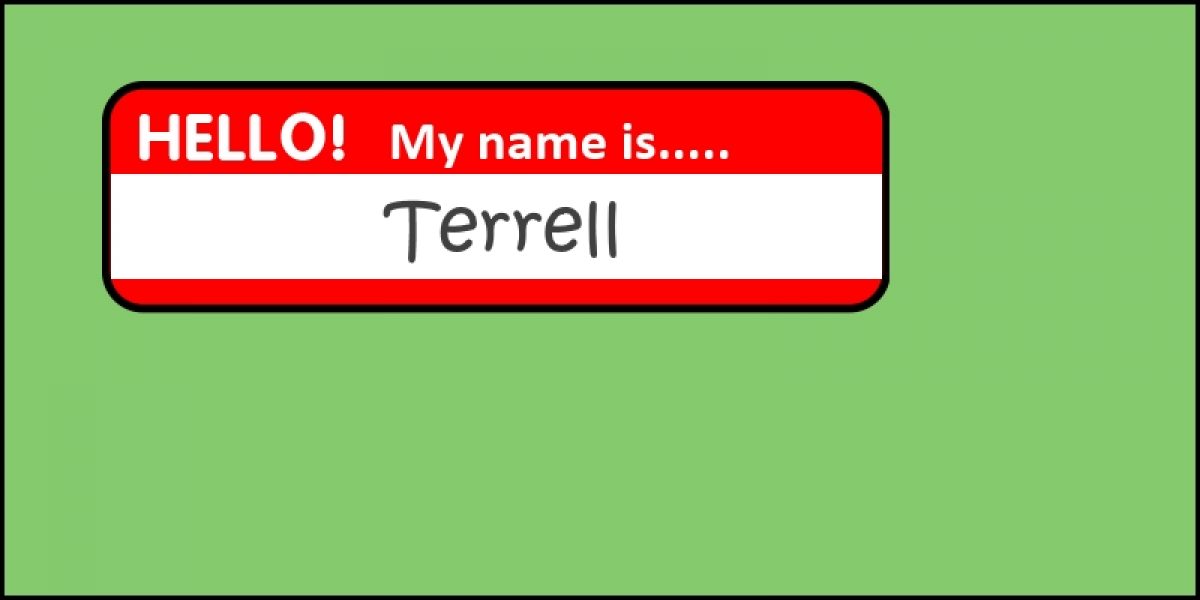 Abstract: This brief paper considers the use of personal names in conversations and notes that the feature of address specified under the rules of turn allocation is not required in dyadic conversation. The use of personal names as vocatives that function as parenthetical addresses or summonses, which invoke a three-part summons – answer – reason for summons structure, is described.

Terms of address (such as John, madam, Reverend, etc) are part of the word class of nouns that can function as vocatives. Vocatives “refer to the addressee, but are not syntactically or semantically incorporated as the arguments of a predicate; they are rather set apart prosodically from the body of a sentence that may accompany them” (Levinson, 1983:71).

There are two types of vocatives:

Addresses are parenthetical and, therefore, they may appear in the same types of loci that other parentheticals occupy. Summonses, however, typically appear in an utterance-initial position and, more specifically, in the conversation-initial turn (Schegloff, 1972; see Levinson, 1983:309-312).

Turn-taking and the feature of address

The feature of address specified under Rule 1(a) (see Appendix 1 below) is not required in dyadic conversation. That is to say, it is not necessary for the current speaker to overtly select the next speaker by using an address term such as the interlocutor’s name. So for example, in a dyadic conversation between interlocutors A and B, A’s turn illustrated in (1) below would be sufficient to select B as the next speaker – simply because there are no other interlocutors to compete for the turn opportunity and self-select themselves as next speaker.

If A were to have added an address term to this same utterance (as illustrated in (2) below) this would have effected the same assignment of opportunity for B to take up the talk at the first transition relevance place as in (1).

Whilst the assignment of opportunity to speak at the first available transition relevance place may also be achieved by non verbal behaviors such as eye gaze, in conversations between more than two persons constructions similar in type to that used by A in (2) have a clearer function. Failure to select the next speaker in such multi-party conversations brings into play Rules 1(b) and 1(c), i.e. any other interlocutor may self-select or, if no one does so, the current speaker may continue and, thereby, claim a right to a further turn-constructional unit. However, address terms such as specifically naming the next speaker are largely redundant in dyadic conversation as a means of assigning opportunities to talk: indeed, they appear with low frequency.

Many studies of interactional openings have focused on Western society and, more particularly, American and British English. Telephone call openings have been studied extensively (Schegloff, 1968, 1979, 1986; Schegloff and Sacks, 1973, 1974; Hopper, 1992). The ringing of the telephone bell may be considered to be a summons, in turn one, to which the person being called answers in turn two. Typically, the caller then identifies himself or herself and the person being called signals his or her recognition. There may then follow a greetings sequence before the caller proceeds to the reason for the call. Thus, opening sections in telephone conversations may be considered to reflect a three-part structure: summons – answer – reason for summons. (However, see Lindström (1994) for a discussion of cultural variation in the sequential organization of Swedish telephone conversation openings).

Comparable structures may also be found in face-to-face interactions. Consider the example offered by Atkinson and Drew (1979:46) in (3) below:

Ch:  I want a cloth to clean (the) windows

The child’s utterance, “Mummy” in turn one furnishes the summons which is answered by the mother in turn two with, “Yes dear”. Subsequent to a pause of 2.1 seconds the child continues in turn three with the reason for the summons, “I want a cloth to clean (the) windows”. In this instance, the pause of 2.1 seconds is attributable to the child as, subsequent to an answer, the summoner is obliged to produce a reason for that summons. In addition, after producing an answer the summoned person is obliged to attend to the summoner (Levinson, 1983:311). This three-part structure serves to establish an open channel for conversation to take place.

Lindström, A. (1994) “Identification and recognition in Swedish telephone conversation openings” Language in Society 23, 231-252.

Sacks, Schegloff and Jefferson (1974, 1978) have proposed a mechanism that accounts for the collaborative achievement of conversation on a turn-by-turn basis. In this so-called local management system, turns at talk are made up of turn-constructional units (TCUs). These are generally syntactic units like noun phrase, verb phrase, etc, and are identified by prosodic features such as pitch-height, tempo and loudness variations. Initially a speaker is assigned just one of these, although its length is largely under the speaker’s own control owing to the flexibility of natural language syntax and prosody. The end of a TCU is a possible point for interlocutors to change over, i.e. a transition relevance place (TRP). At TRPs, transition rules may operate – interlocutors can change over there but do not necessarily do so, nor do they have to do so. It is possible to indicate within a TCU that at its end another party is invited to speak, i.e. it is possible to specifically allocate a following turn. This may be achieved by the use of various utterance tokens such as vocatives, e.g. Where did you put it, Lily? and requests for clarification, e.g. Sorry? The following rules of turn allocation operate on each turn-constructional unit (Levinson, 1983:298).

Rule 1: (applies initially at the first TRP of any turn)

(a)    If C selects N in current turn, then C must stop speaking, and N must speak next, transition occurring at the first TRP after N-selection.

(b)    If C does not select N, then any (other) party may self select, first speaker gaining rights to the next turn.

(c)    If C has not selected N, and no other party self-selects under option (b), then C may (but need not) continue (i.e. claim rights to a further turn-constructional unit).

Rule 2: (applies at all subsequent TRPs)

Appendix 3: Exercises
CA and the Organization of Turns
Saying it Again