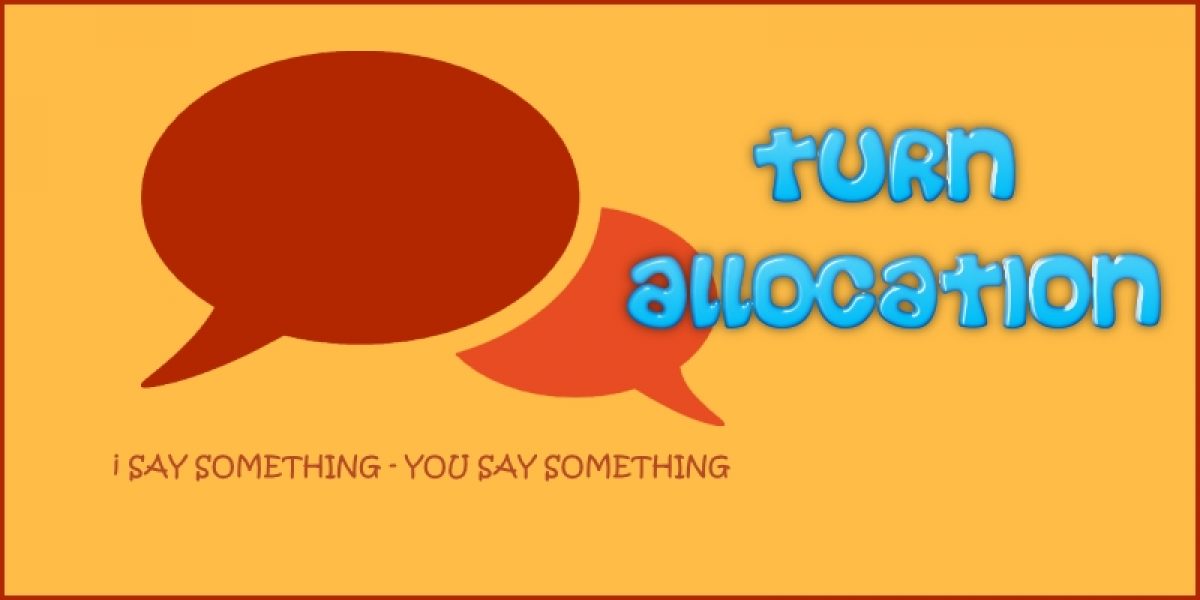 Elsewhere (see Definition of Conversation) we have noted several characteristics of conversation, such as:

With respect to managing turns at talk, three of the above are of particular importance. First, there is the general likelihood that interlocutors talk one at a time. Clearly, there will be instances when this is not so, however. During such instances, the overlapping talk is noticeable as such and the interlocutors typically attempt to rectify the situation by reverting to only one speaker. The justification for this reversion is the assumption that interlocutors generally cannot process information from more than one source at a time and that much overlapping talk is potentially unhearable. Second, we have noted that when one speaker stops talking another takes over with little overlap and an extremely short pause between turns (typically of just a few microseconds). Third, the size of conversational turns, their order of occurrence, their relative distribution amongst participants and what is actually said are not predetermined.

Sacks, Schegloff and Jefferson (1974), (1978) proposed a mechanism which accounts for the collaborative achievement of conversation with respect to the three characteristics highlighted above. It is said to function on a turn-by-turn basis.

An example should help us better understand the concept of a transition relevance place and its relationship to turn-constructional units. Consider the following extract from a conversation between two people, Anne and Ben.

1 Anne:  so would you like to learn to be

To summarize, we have seen how initially a speaker is assigned just one turn-constructional unit and that its length is largely under the speaker’s own control. We have also seen how the end of a turn-constructional unit is a possible point for the interlocutors to change over, i.e. the current speaker could stop speaking and the current listener could begin to talk and, thereby, become the next speaker. Finally, participants can change over at these so-called transition relevance places but do not necessarily do so, nor do they have to do so. Next, we look a little more closely at what determines if a transition will occur by considering some rules of turn allocation.