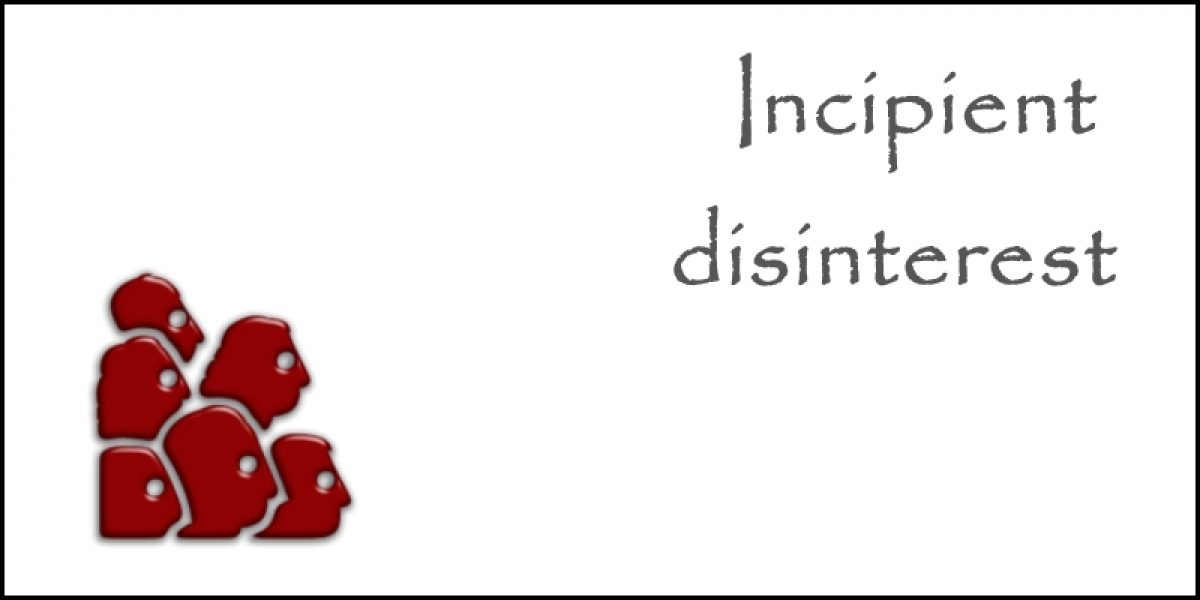 Trainee back channels – a case of incipient disinterest?

Kernan and Sabsay (1982, 1984, 1989) note that non-disabled persons recognize someone as having a learning disability primarily because of the way that person engages in conversational interaction. Such persons are perceived to be socially unskilled and linguistically incompetent and the non-disabled interlocutor may engage in a variety of strategies that are reflective of his or her reduced expectations, e.g. withdrawing from the interaction or using highly simplified speech (Aloia and MacMillan, 1983; Kernan, Sabsay and Rein, 1986). Marková (1990) notes that, in assessing a learning disabled person’s communicative competence, the non-disabled person focuses their attention primarily on characteristics such as: poor voice quality, inarticulation, variant prosodic features, dysfluency, the omission of detail in conversation, lack of cohesion in narratives and voicing incomplete thoughts.

Conversation and back channel tokens

Dyadic conversation is, of course, much more than a ‘speaker A – speaker B’ recursive sequence. Whilst conversations do proceed turn by turn, they are in fact highly coordinated, collaborative activities. Characteristically, the current speaker strives to ensure that he or she is being attended to, heard and understood by the other conversational interactants. The other interactants similarly endeavor to indicate to the current speaker whether or not he or she has succeeded (Clark and Schaefer, 1989).

One frequent way listeners signal their attention is through the use of back channels (Yngve, 1970), i.e. vocalizations such as uh huh, mm and oh, which the listener intersperses throughout a speaker’s talk. For Tottie (1990:2), back channel tokens are “the sounds emitted by the current non-speaker, which grease the wheels of conversation but constitute no claim to take over the turn.” They are, therefore, seen as indicating listener attentiveness to a speaker’s message. Tottie notes two major functions of back channel tokens as reported in the literature. The first is the supportive function, by which is meant that the back channel tokens are seen as signaling understanding and agreement with the prior talk. The second is the regulative function through which the tokens encourage the current speaker to continue with his or her turn (sometimes referred to as the continuer function).

As part of a larger research project I made 16 five minute audio tape recordings of naturalistic dyadic conversation between non-impaired instructors and trainees with learning disabilities within an Adult Training Centre. Four male instructors each conversed on separate occasions with two male trainees and four female instructors each conversed with two female trainees. The tapes were subsequently transcribed and examined for the occurrence of back channel tokens. The analysis sought to answer the following: (a) is there a quantitative difference in the use of back channel tokens between instructors and trainees, and (b) does the way in which persons with learning disabilities use back channel tokens provide any clues as to why non-impaired persons may perceive them to be uninterested in what they have to say?

Quantitative difference in the use of back channel tokens

Recursive use of trainee back channel tokens

From an examination of the data it was apparent that both instructors and trainees used the back channel tokens yeah and mm. The example in (1) demonstrates one male trainee’s use of these tokens and is used to address the second research question.

The interlocutors are discussing holidays and the instructor begins in L56-57 by indicating that he has “been various places in Spain (.) for two weeks”. The trainee orients to this utterance by producing the back channel token “mm” in L58. The “mm” makes no claim to take up a full turn at talk and can be seen to forgo the opportunity to make a repair on the immediately prior utterance (Schegloff, Jefferson and Sacks, 1977). It, therefore, signals the trainee’s recipient role. The instructor then continues in L59 by conjoining another clause to his prior utterance. This utterance is marked by two filled pauses (“er: erm”) before the instructor provides the assessment, “you know it’s okay” (L59). The trainee then provides a preferred second pair part to the assessment (Pomerantz, 1984) by signaling agreement through the use of the token, “yeah” in L60. Again, the “yeah” does not take up a full turn or initiate repair and the instructor continues in L61-62. The trainee overlaps part of this contribution with the back channel token “mm” (L63): the overlap appearing after the lengthening of the vowel of “are:” and the subsequent micropause. Again the instructor continues with his stretch of talk (L64-65) and the trainee signals his acceptance of this continued talk with “yeah” in L66. Once more, the instructor continues (L67-68) and the trainee similarly accepts this with another “yeah” (L69). Whilst the “yeah” in L60 can be seen to be specifically providing a second pair part agreement with a prior assessment, the two “yeah” tokens in L66 and L69 appear to be functioning in a similar manner to the “mm” in L63, i.e. they appear to be functioning as continuers.

Subsequent to the “yeah” continuer in L69, the instructor continues his talk in L70 by providing another assessment, “but I mean (.) I’m sure Yvette can handle that”. Again, the trainee provides a preferred second pair part by agreeing with this assessment with the acknowledgement token, “yeah” (L71). This token neither takes up a full turn at talk nor initiates repair. The instructor subsequently continues with his extended turn at talk (see L72-78) which is accepted by four more “yeah” tokens (L73, L75, L77, L79). Again, these tokens appear to be functioning similarly to the continuer “mm” in L63.

Continuers tend to occur at or near grammatical boundaries and those that appear near such boundaries generally overlap the extended talk (Oreström, 1983:126-128). In the above extract, it is apparent that the acknowledgements “yeah” and “mm” generally do appear at or near the grammatical boundaries of the instructor’s talk (indeed, five of the eight yeah continuers appear in overlap). As Clark and Schaefer (1989:281) point out, “acknowledgements are placed where they are in order to mark the scope of their acceptance.” The yeah continuers in this sequence appear to mark the trainee’s scope of acceptance of the prior information and, in this regard, they represent a semantic boundary. Each acknowledgement is itself a presentation, of course, and in order for these to be accepted the instructor merely needs to “show continued attention and proceed without a break to the next contribution at the same level as their last one” (Clark and Schaefer, 1989:281). It is apparent that the instructor has done exactly this. This collaborative effort has the effect of enabling an analysis of the instructor’s extended turn as consisting of smaller units where understanding is successively established.

A case of incipient disinterest?

Schegloff (1982) notes that a variety of back channel tokens may be used by listeners and that, interspersed throughout extended turns, one finds markers of surprise (e.g. really?), assessments (e.g. you’re kidding), and the like. He suggests that it is this availability of a range of tokens, and therefore the possibility of varying the composition of these in a series, that contributes to one’s perception of the listener’s level of interest. The suggestion is that varying the tokens across a series will mark a baseline of interest whilst using the same token in four or five consecutive slots may be used to hint incipient disinterest.

I have already noted that trainees have a more reduced range of back channel tokens available to them than the instructors have. It is perhaps not surprising, therefore, to find that trainees do not substantially vary their back channel tokens when produced in a series. Extract (1) provides a good example of this. The yeah back channel tokens in this extract appear to be functioning largely as continuers and, with the exception of the two mm back channels in L58 and L63, they are used recursively. In this example, there are eight instances of the use of yeah in a series. Whilst I have no unfailing way of knowing whether or not the instructor perceived the trainee to be uninterested in his talk, examples such as this may go some way to explaining why persons with learning disabilities may be perceived as rigid, boring or uninterested. At the very least they provide an interesting analogue which may be worth exploring further.

Kernan, K.T., Sabsay, S. and Rein, R.P. (1986) “Aspects of verbal behaviour cited by listeners in judging speakers as retarded or not retarded” The Mental Retardation and Learning Disabilities Bulletin 14, 24-43.

Marková, I. (1990) “Language and communication in mental handicap” in Giles, H. and Robinson, W.P. (eds) Handbook of language and social psychology Chichester: Wiley.

Tottie, G. (1990) Conversational style in British and American English: the case of backchannels Mimeo, Department of English, University of Uppsala.