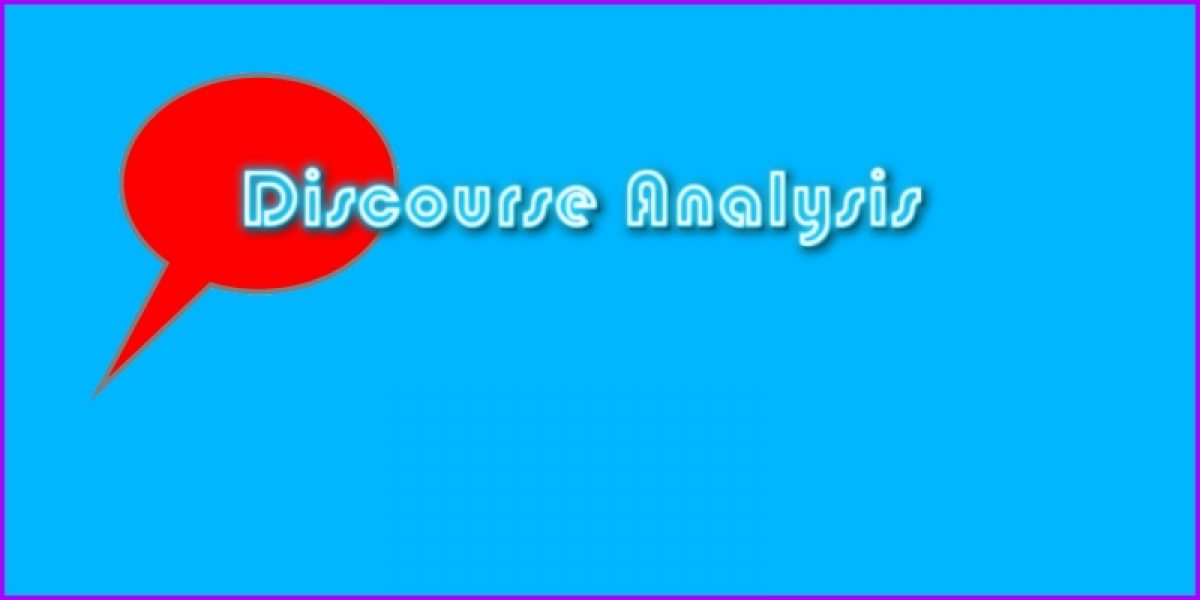 Discourse analysis (DA) is one of two leading procedures for analyzing conversation that we will consider in this introductory series of articles. This analytical approach derives from the field of linguistics and it has provided useful insights into how conversation works. The second procedure is, of course, conversation analysis (CA).

Discourse analysis is essentially a theory-driven approach (also referred to as a top-down approach). In brief, a theory is an integrated system of hypotheses that have been put forward in an attempt to explain a particular phenomenon. The hypotheses are rigorously tested and, inasmuch as no falsifying evidence can be found to show that they are incorrect, the theory stands: it is considered to provide a good account of the phenomenon. Of course, if testing shows any hypothesis to be incorrect this throws doubt on the theory’s claim to be an all-encompassing explanation. The theory will have to be revised or, perhaps, abandoned all together. Discourse analysis draws on the theories, principles and concepts typical of linguistics and applies these at a so-called supra-clausal level, i.e. above the level of the clause. One of its chief aims is to formulate rules which are capable of differentiating between coherent and incoherent discourse (Smith & Leinonen, 1992, pp. 77-86). Coherence refers to how a discourse is constructed so as to create a meaningful whole. To achieve this, utterances should generally be related to the topic and/or develop the topic in some logical manner, perhaps towards a particular goal. Discourse analysis, therefore, seeks to identify the ways in which topic and the logical relationships between ideas is established and maintained.

Perhaps the best known school of discourse analysts is the Birmingham English Language Research Group. Their analytic system (Sinclair & Coulthard, 1975) sought to analogize from the then existing grammatical theory to the supra-clausal level using naturalistic data. However, the data they used were collected from institutional settings (much of the work being based on classroom interaction and medical interactions) where an asymmetry in the relationship between the interlocutors (participants) is apparent, with one participant exerting overt control over the discourse (what we have elsewhere defined as institutional interaction – see Definition of Conversation).

From their work analyzing classroom interactions, the Birmingham Group identified the now famous Initiation – Response – Follow up (IRF) exchange structure. Consider the following extract of talk within a classroom .

We see that in line 1 the teacher initiates with the question so:: (…) what day is it today. Arjuna then responds in line 2 by providing the answer FRIDAY (spoken with increased loudness). The teacher then provides a follow-up on Arjuna’s contribution, validating it with that’s right Arjuna. The next turn at talk is, however, picked up once again by the teacher who re-initiates. This elicits a response: this time from Sarah in line 5 who offers November (.) Miss. Again the teacher provides a follow-up on this contribution: indicating in line 6 that Sarah’s answer was incorrect. Once more this is followed by yet another initiation – I want to know the date (…) anyone? in line 7 – as the teacher restates her original line 4 question about the date. We see, then, a recurrence of the IRF exchange structure.

Owing to the flexibilities and natural variations in face-to-face interactions, the IRF exchanges between teacher and pupils is not always rigidly adhered to. However, the structure is sufficiently pervasive as to typify classroom discourse between teacher and pupils. That is to say, the teacher initiates some talk, a pupil responds, and the teacher follows up (with, for example, an evaluation or an agreement) before again initiating some further talk. It is argued that such dialogues are intrinsically asymmetrical in terms of the power relationships, i.e. the teacher holds more power as he or she overtly controls the discourse.