You are here: Home > Human Communication 101 > Conversation Analysis 101 > CA and the Organization of Turns

CA and the Organization of Turns 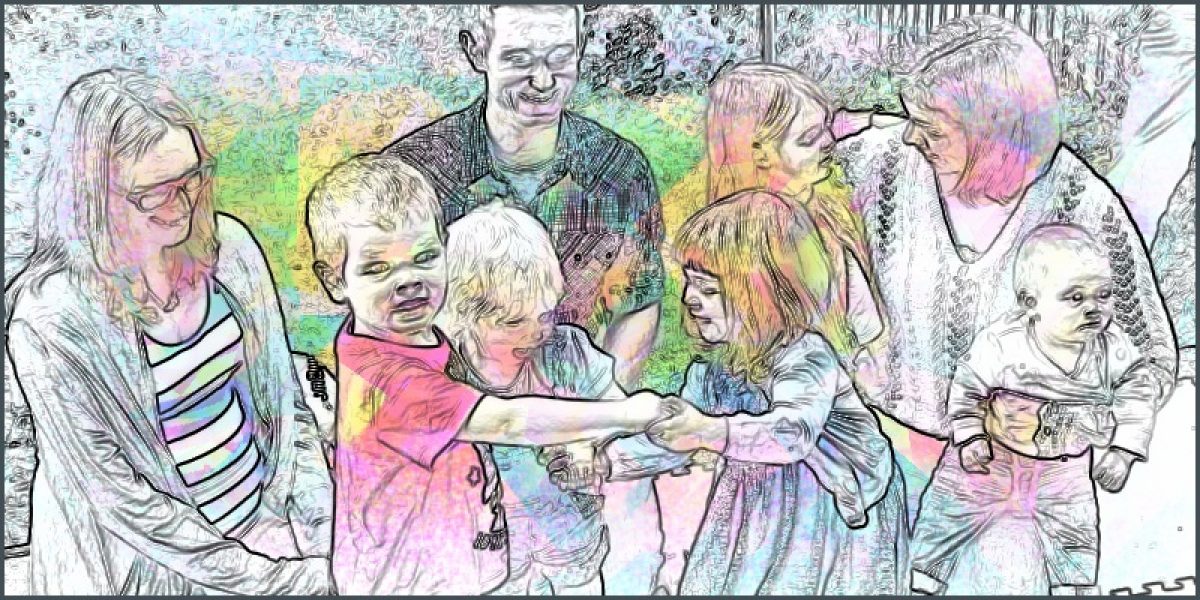 Currently, there are two leading procedures for the analysis of conversation. The first derives from linguistics and is designated as discourse analysis (DA). The second derives from the techniques of ethnomethodology and is identified as conversation analysis (CA). The dominant distinguishing feature between the two is their methodological orientation. These two procedures are described below.

Discourse analysis is essentially a ‘top-down’ or theory-driven approach. It employs the principles and concepts typical of linguistics and applies these at a suprasentential (more accurately, above the clause) level. One of its chief objectives is to formulate rules that are capable of differentiating between coherent and incoherent discourse (Stubbs, 1983:15; Smith and Leinonen, 1992:77-86). Perhaps the best known school of discourse analysts is the Birmingham English Language Research group. Their analytic system (see Sinclair and Coulthard, 1975) sought to analogize from the existing grammatical theory to the suprasentential level using naturalistic data. However, the data were collected from institutional settings (much of the work being based on classroom interaction) where an asymmetry in the relationship between the interlocutors is manifest, with one participant exerting overt control over the discourse. It is not self-evident how the Initiation – Response – Follow-up (IRF) exchange structure, which was proposed to account for the structure of discourse, could be applied to conversations in which a symmetry of status exists, i.e. in which no one interlocutor has (or claims) the right to control the conversation.

Conversation analysis is firmly grounded in the techniques and philosophical orientations of ethnomethodology. In contrast to discourse analysis, which imposes a broadly linguistic type of structural framework, conversation analysis is a ‘bottom-up’ or data-driven approach. Accordingly, it is essentially an inductive methodology which resists premature theorizing (for general introductions to conversation analysis see Atkinson and Drew, 1979 chapter 2; Levinson, 1983 chapter 6; Atkinson and Heritage, 1984 chapter 1; Heritage, 1984a chapter 8; Schiffrin, 1988; Wootton, 1989). Practitioners of this style typically begin with tape recordings of naturally occurring conversations which are routinely dealt with by ‘unmotivated’ listening (Hopper, 1989). Initially, the conversation analyst seeks to delineate differentiating features between texts and to search for recurrent patterns in the data. Accordingly, hypotheses and further research questions derive empirically from the data itself. There is an ongoing interplay between repeated listening to tape recordings, examination of transcriptions, analysis, the generation of hypotheses and attempts to support or disconfirm them.

It is necessary to make clear that conversation analysts do not reject theory. Indeed, a primary objective of any inductive methodology is the generation of theory through empirical generalizations based on actual observations (Glaser and Strauss, 1967; Silverman, 1993:46-58). The salient point is that conversation analysts do not begin with theory. Hopper (1989:59) states that the goal of conversation analysis is “to describe how communicators do things with and in talk”, i.e. the practices of conversation – the mechanical features of talk, and practices in conversation – the activities carried out through the use of those mechanical features (see Mandelbaum, 1990). In this regard, many generalizations have been formulated dealing with issues as seemingly disparate as conversational structure and organization (Sacks, Schegloff and Jefferson 1974, 1978; Schegloff, Jefferson and Sacks, 1977) and the use of so-called ‘contentless’ discourse markers (Schiffrin, 1987).

Perhaps the most salient characteristic of conversation analysis is its consideration of talk within its local sequential context (see Schegloff, 1982; Wilson, 1991). The most fundamental question for conversation analysts is “Why that now?” – why is that person saying just that at this particular point? It is by examining utterances in their location within the ongoing sequence of talk that conversation analysts seek to provide contextualized accounts of how interlocutors do things with words and other actions (Mandelbaum, 1991:347-348). In this regard, Sacks ((no date), quoted in Jefferson, 1984:197) has proposed that “there is order at all points” and conversation analysts consider that no phenomenon is too small or too mundane for consideration (see also Heritage, 1989:23). Williamson’s (1995) study of the use of verbalized signals such as mm hm, yeah, etc, as
back channel tokens is a case in point. This study demonstrated that the production of such tokens is neither unconstrained nor disorganized and that they are assigned differential functions contingent upon their sequential placement. The subtleties of occasioned use of such ‘contentless’ tokens may be obscured if one attempted to apply an IRF exchange structure analysis as proposed by Sinclair and Coulthard (1975) which is likely to subsume such tokens under the general category of follow up. In the same way that the minutiae of conversation are regarded as important objects for study, single instances of phenomena are considered to be just as germane a research focus and notions of idiosyncrasy are, therefore, largely irrelevant to conversation analysts.

In the following sections three conversational management procedures which are relevant to a general description of conversation are presented.

An account of turn-taking procedures is relevant to any explication of conversation analysis. First, I shall outline a proposed set of rules that govern turn allocation. Second, the notion of adjacency pairs will be described and, third, the nature of preference organization will be reviewed.

A general feature of conversation is that only one participant talks at any one time. However, it should be noted that it has been suggested that this may not be a fundamental normative structure and that one-at-a-time talk may not be universal (see Reisman, 1974). It would appear, however, that the general likelihood is that conversational participants talk one at a time. Clearly, there will be instances when this is not so, however. During such instances, the overlapping talk is noticeable as such and the interlocutors attempt to rectify the situation by reverting “to a state of one and only one speaker” (Coulthard, 1985:60). The justification for this reversion is the assumption that interlocutors generally cannot process information from more than one source at a time and that much overlapping talk is potentially unhearable (Edelsky, 1981). A second general feature of conversation is that when one speaker stops talking another takes over with very little overlap and an extremely short pause between turns (usually measured in microseconds). Third, the size of conversational turns, their order of occurrence, their relative distribution amongst participants and what is actually said are not predetermined.

Sacks, Schegloff and Jefferson (1974, 1978) have proposed a mechanism which accounts for the collaborative achievement of conversation with respect to the characteristics mentioned above and which functions on a turn-by-turn basis. In this local management system, turns at talk are made up of turn-constructional units (TCUs). These are generally syntactic units like noun phrase, verb phrase, etc, and are identified by prosodic features such as pitch-height, tempo and loudness variations (French and Local, 1983; Local, 1986; Local, Kelly and Wells, 1986). Initially a speaker is assigned just one of these, although its length is largely under the speaker’s own control owing to the flexibility of natural language syntax and prosody. The end of a TCU is a possible point for interlocutors to change over, i.e. a transition relevance place (TRP). At TRPs, transition rules may operate – interlocutors can change over there but do not necessarily do so, nor do they have to do so. It is possible to indicate within a TCU that at its end another party is invited to speak, i.e. it is possible to specifically allocate a following turn. This may be achieved by the use of various utterance tokens such as vocatives, e.g. Where did you put it, Lily? and requests for clarification, e.g. Sorry? The following rules of turn allocation operate on each turn-constructional unit (Levinson, 1983:298):

Rule 1: applies initially at the first TRP of any turn.

Rule 2: applies at all subsequent TRPs.

Conversations appear to be made up of paired utterances of the type, greeting – greeting, question – answer, etc. To account for this tendency in conversation, Sinclair and Coulthard (1975) developed the concept of exchange. Schegloff and Sacks (1973) developed a counterpart concept. They noted that these sequences of two utterances are:

In addition, it is expected that when the current speaker has produced a first pair part he or she must stop speaking and the next speaker must produce a second pair part at that juncture. These paired utterances are referred to as adjacency pairs and they appear to be a fundamental unit of conversation (Goffman, 1976). However, the above constraints prove too stringent in practical terms as evidenced by, for example, a greeting not being followed by a greeting, or a question not being followed by an answer. In practice, the occurrence of a second part is less predictable than the above four points suggest it to be. As local management can occur over a number of sequences the condition of adjacency is replaced with conditional relevance. Relevance does not dissipate until a second pair part is given or an account is made as to why it has not been given (i.e. a displaced second pair part). Consequent upon this sequential property of discourse, failure to produce anything interpretable as a conditionally relevant second pair part results in a noticeable absence. It is this property that accounts for silences being interpretable as either a gap before the subsequent application of Rules 1(b) or 1(c), a lapse owing to the non-application of Rules 1(a), (b) or (c), or as a selected next speaker’s attributable silence following the application of Rule 1(a).

Table 1. Correlation of Content and Format in Adjacency Pairs (Levinson, 1983:336)

A number of regularities control which second pair part is produced. This is similar to linguistic markedness: preferred second pair parts are unmarked and dispreferred seconds are marked. Being marked, dispreferred seconds are structurally more complex and characteristically incorporate delays, prefaces such as token agreements before disagreements, accounts which explain the reason for the displacement, and declination components of a form suited to the nature of the first pair part but characteristically indirect or mitigated. An interlocutor’s interpretation of the significance of silence will, therefore, be seen as contingent upon its sequential placement, e.g. a silence following a request may be seen as betokening a dispreferred second part and, therefore, refusal.

Glaser, B. and Strauss, A. (1967) The discovery of grounded theory: strategies for qualitative research New York: Aldine.

Jefferson, G. (1984) “Notes on the systematic deployment of the acknowledgement tokens yeah and mm hm” Papers in Linguistics 17, 197-216.

Sinclair, J. McH. and Coulthard, R.M. (1975) Towards an analysis of discourse: the English used by teachers and pupils Oxford: Oxford University Press.

Williamson, G. (1995) Instructor-trainee conversation in an Adult Training Centre for people with learning disabilities: an analysis of the function and distribution of back channel tokens and personal names Unpublished PhD thesis; University of Newcastle upon Tyne.