You are here: Home > Human Communication 101 > Conversation Analysis 101 > Anything on the Back Channel?

Anything on the Back Channel? 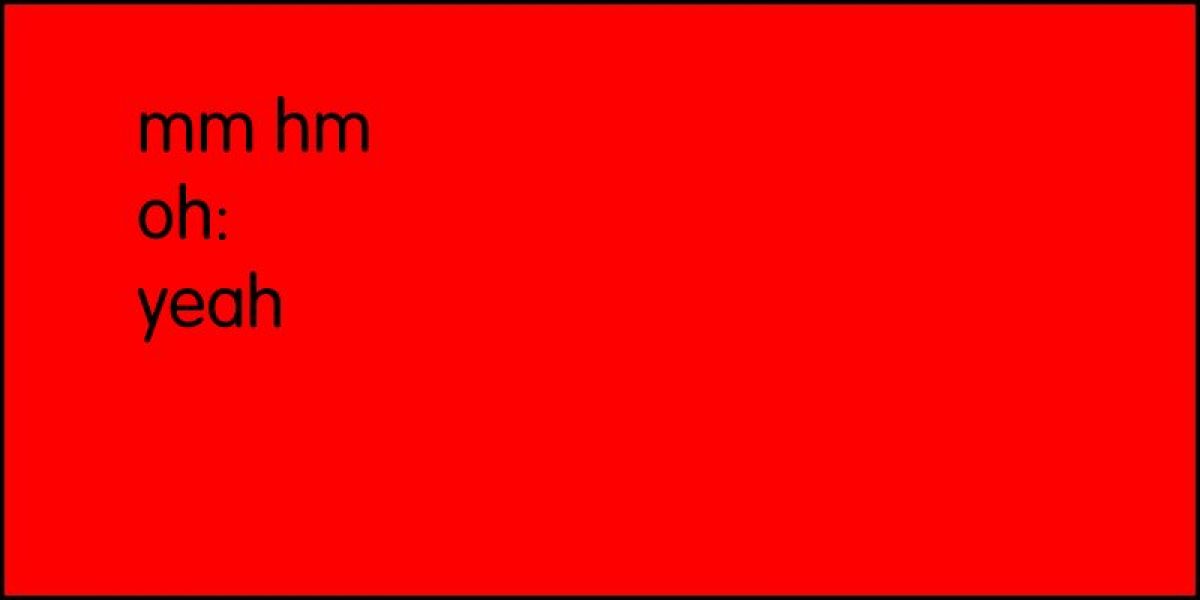 Where have all the tokens gone?

Vocalizations such as uh huh, mm and oh pervade conversational interaction. They are everywhere. There can hardly be any informal face-to-face conversations which do not provide copious examples of these wee beasties. But, search as you might, you will not locate them in the overwhelming majority of literature. Plath didn’t pen them, Joyce never jotted them and Shakespeare scribed them not. Why so? Are we ashamed of these diminutive, non-lexical items? Do these content-less tokens add nothing of import? Are they merely the idiosyncrasies of interaction?

The detritus of discussion?

For years bits of talk, marginal words, and vocalizations have been considered the detritus of discussion and it has long been assumed that these minutiae of conversation are both unconstrained and disorganized. However, a closer examination reveals that they do, indeed, perform a vital interactive function.

The function of back channels

It was Yngve in 1970 who first coined the term back channel to describe these tokens. Back channels were considered to be devices used to indicate attention and interest. As Yngve explains:

When two people are engaged in conversation, they generally take turns…In fact, both the person who has the turn and his partner are simultaneously engaged in both speaking and listening. This is because of the existence of what I call the back channel, over which the person who has the turn receives short messages such as “yes” and “uh-huh” without relinquishing the turn.

Back channel tokens, then, are thought to exhibit two functions. The first is the continuer function, through which they encourage the current speaker to continue with his or her turn at talk. The second is the supportive function, by which is meant that the tokens are seen as signaling understanding of the prior talk. In brief, they indicate listener attentiveness to a speaker’s message and grease the wheels of conversation.

This is all well and good. But just how do these tokens both encourage a person to continue speaking and also signal an understanding of that talk? In 1982 the American linguist Emanuel Schegloff provided the answer.

Passing the opportunity to take a full turn at talk

Schegloff indicated that a back channel token exhibits the continuer function when it evidences:

…on the part of its producer an understanding that an extended unit of talk is underway by another, and that it is not yet, or may not yet be (even ought not yet be), complete.

This usage exhibits the understanding that the speaker engaged in the extended unit of talk should continue with that extended unit.

Now, a basic tenant of conversation is that the current speaker strives to ensure that he or she is being attended to, heard and understood by the listener. The listener similarly endeavors to indicate to the current speaker whether or not he or she has succeeded. It is, therefore, relevant that conversational partners should indicate their current state of understanding of the talk in progress. This is especially applicable at possible transition relevance places, i.e. where the current speaker’s talk is potentially complete and the listener may take the opportunity to take a turn at talk. Therefore, the production of mh hm, oh, etc., at possible transition places is interpretable as the listener declining the opportunity to take a full turn at talk. This displays the current listener’s understanding that the talk in progress is not yet complete. An example provided by Schegloff, and reproduced below in (1), illustrates this usage.

In line 4, B projects an upcoming question with “I want to ask you something”. This utterance is a preliminary opening which is subsequently developed as an extended discourse. Interlocutor A demonstrates his orientation to this extended talk and signals his ongoing recipiency through the production of the continuer “Mh hm” in lines 7 and 9. These tokens are specifically interpretable as declining the opportunity to take a full turn at talk and, subsequent to each production, B continues with the extended discourse. The termination of the extended unit is then clearly marked in line 12 by the occurrence of the question which was projected in the opening of line 4.

In summary, a back channel token functions as a continuer when, on the basis of its sequential placement, it is seen as passing the opportunity to make a fuller turn at talk on the understanding that an extended unit of talk is currently underway.

Passing the opportunity to repair the prior talk

Any talk may be a possible trouble source. I may say something and you may not have heard me correctly or you simply may not have understood what I have said. In these instances it is relevant that you would attempt to initiate some repair of the mishearing or misunderstanding. This may be achieved in a variety of ways. Typically, however, requests for clarification such as, “Sorry?”, “She said what?” serve to resolve the difficulty.

Now, as any talk may present difficulties, immediately after any utterance can be a place for the listener to initiate a repair. Indeed, speakers will monitor these ‘after talk’ positions to determine whether or not repair on the just prior talk is being initiated. The way is, therefore, open for the logical inference that the production of uh huh, or the like, in specifically passing an opportunity to take a full turn at talk, can be perceived as passing an opportunity to initiate repair on the immediately prior talk. Inasmuch as tokens such as uh huh operate to pass an opportunity to initiate a repair they may be seen as betokening the absence of problems and, therefore, as signaling understanding of the prior talk.

There is a difference between the use of back channel tokens as continuers and their use to forgo the opportunity of making a repair. The status of a continuer is unequivocal, i.e. it does more than claim an understanding about the current state of talk but embodies a particular understanding and acts on it. Passing the opportunity to make a repair, however, is equivocal. With respect to understanding what a prior speaker has said, a token such as uh huh can, at best, only claim understanding. Such a claim may turn out to be incorrect. I may think that I have understood what is being said only to discover later on in the conversation that I am mistaken. Thus, the passing of an opportunity to make a repair at this moment in time is compatible with initiating a repair later on.

The distribution of back channel tokens

So who actually uses these tokens and how are they distributed throughout a conversation? Well, as we noted earlier, because the literati over the centuries have ignored back channel tokens we do not have an historic account of their usage. Our data, therefore, are derived from relatively recent studies which indicate wide individual variations in the quantity and type of back channel tokens used. However, four general findings are of interest. First, whilst back channel tokens pervade informal conversational interaction they are less prevalent in talk in institutional settings. This is especially apparent in legal proceedings where turns at talk are often pre-assigned, e.g. the prosecution quizzing the defendant who must remain quiet whilst the questions are posed and then only allowed to respond at a particular moment. Second, several studies have implicated gender as an influencing factor in the use of back channel tokens, with females reportedly producing these tokens more than males. This may account for the perception that women are better listeners than men because they are providing more opportunities for the conversational partner to continue talking through the deployment of continuers. Third, there are cultural variations in the use of back channels. For example, the top-ranked token in American conversations is yeah (42%) with mm hm (35%) ranked second. For British conversations, mm (62%) is top-ranked with yes ranked second (38%). Further, the quantity of tokens used varies considerably, with British conversations having around five tokens per minute compared with 16 per minute for American conversations. Finally, different back channel tokens appear to be associated with different tasks. For example, Gail Jefferson has noted that that yeah is massively associated with shifts in topic and suggested, therefore, that one function of yeah is to exhibit a preparedness to shift from recipiency to speakership. In contrast, mm hm typically exhibits the continuer function.

Back channel tokens are recipiency tokens, uttered by the current non-speaker, which make no claim to take over a full turn at talk and which do not alter the speaker-auditor status. They typically function as (a) continuers, which serve to encourage the current speaker to continue with a stretch of talk, and (b) to indicate understanding of the prior talk by passing an opportunity to make a repair. It is apparent that their distribution is neither unconstrained nor disorganized and, far from being insignificant, these non-lexical items serve to manage conversation on a turn-by-turn basis. They do, indeed, grease the wheels of conversation. “Mm hm…I see…right!” I hear you say.

Jefferson, G. (1984) “Notes on the systematic deployment of the acknowledgement tokens yeah and mm hm” Papers in Linguistics 17, 197-216.

Step 6: Answer Questions
CA in Action
CA and the Organization of Turns