You are here: Home > Conditions > Autism 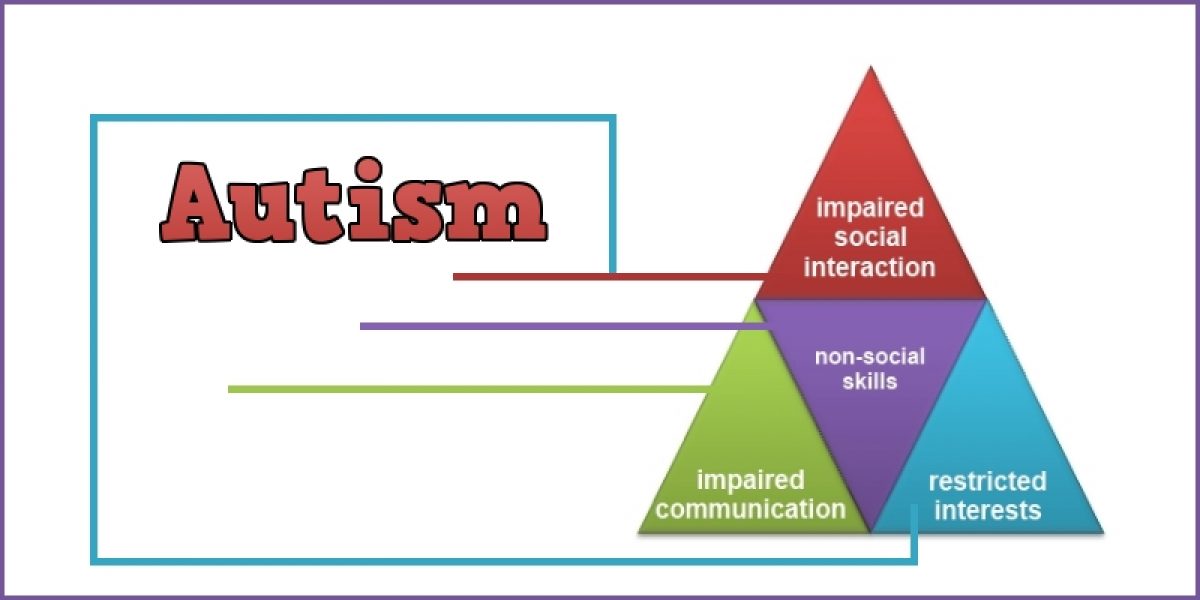 The word autism comes originally from ‘autos’, the Greek word for ‘self’ and means, literally, being absorbed in oneself. In 1943, the psychiatrist Leo Kanner adopted the term to describe some of his child patients: they appeared isolated from the world, withdrawn from social contact, and most had severe intellectual difficulties (Kanner, 1943). Kanner became convinced that these and other features of the children’s behavior reflected a syndrome, a specific disorder with a characteristic set of symptoms. Increasingly in recent years, the idea of an autism syndrome has been elaborated to allow for a spectrum – a range or constellation of disorders reflecting slightly different patterns of symptoms, and collectively known as autism spectrum disorders (or sometimes as autistic spectrum disorders). The terms ‘autism’ and ‘autism spectrum disorders’ (ASDs for short) are used interchangeably in much clinical work, as generic descriptions of this spectrum. The term classic autism is often used by practitioners to refer to the core or prototypical autism syndrome.

Despite individual variation in symptoms, ASDs are usually considered to involve a three-way pattern of impairment originally described by the psychiatrist Lorna Wing (Wing and Gould, 1979). This so-called triad (Figure 1) consists of impairments in: 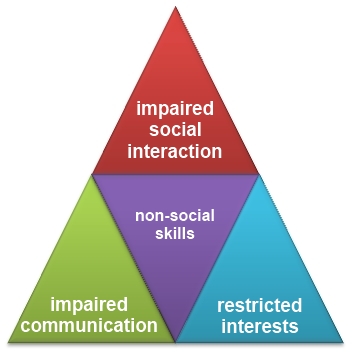 Key symptoms in the three areas of the triad include the following.

The central triangle of Figure 1 refers to so-called non-triad skills that may accompany the impairments. People with autism may be skilled in some non-social domains such as drawing, playing an instrument, math, and so on.

Wing and Gould (1979) carried out an epidemiological study in which they screened 35,000 children under the age of 15 for the presence of one or more symptoms within the main autism triad. Of all these children, 17 (or just under five children in 10,000) matched accepted criteria for classic autism. However, a considerably larger group had some difficulties in reciprocal social interaction, usually coupled with communication problems and a restricted range/scope of activities. Including this wider group, the overall estimate of prevalence was more like 21 children in 10,000 (equivalent to 0.2 per cent). Wing and Gould’s conclusion – that the autism syndrome embraces a core set of symptoms and variations on this core pattern – established the spectrum concept.

More recent studies have suggested even higher rates of incidence for the broad spectrum: between 0.6 and 1 per cent of all school-age children. A likely explanation is that diagnostic practices have changed since the Wing and Gould study to include more borderline cases. However, some researchers have recently argued that there is an increase in the actual incidence of autism spectrum disorders, claiming that it is diagnoses of classic cases that have increased. The evidence for this claim is currently unclear.

A consistent finding is that males are more likely to be affected by ASDs than females: the ratio ranges from 4:1 for classic autism to as much as 10:1 for ‘milder’ conditions within the spectrum. It has so been noted that there is a similar male/female difference for dyslexia, and this is a typical feature of developmental disorders where communication is a central component.

Research and clinical literature often refers to ‘autistic individuals’ or ‘autistic children’, terms that many, including people with autism themselves, see as undermining their humanity. The National Autistic Society (NAS) advocates the use of the terms ‘people with autism’ or ‘people with an autistic spectrum disorder’. However Clare Sainsbury, who herself suffers from an ASD, has written:

“… I object to the insistence on using “people-first” language … We are not people who “just happen to have” autism; it is not an appendage that can be separated from who we are as people, nor is it something shameful that has to be reduced to a sub-clause.” (Sainsbury, 2000, p. 12)

Classic autism: The most typical type of autism spectrum disorder, characterized by impairments in social interaction, verbal and non-verbal communication, and restricted scope of activities and interests.

Epidemiological study: Large-scale study of the incidence and distribution of a disorder within a population.

Symptoms: Characteristic manifestations of a psychological or medical condition that are observable to others and/or can be described by the person who experiences them.

Syndrome: A psychological or medical condition characterized by a specific set of symptoms that regularly occur together forming a recognizable pattern.