You are here: Home > Conditions > Autism and Theory of Mind

Autism and Theory of Mind 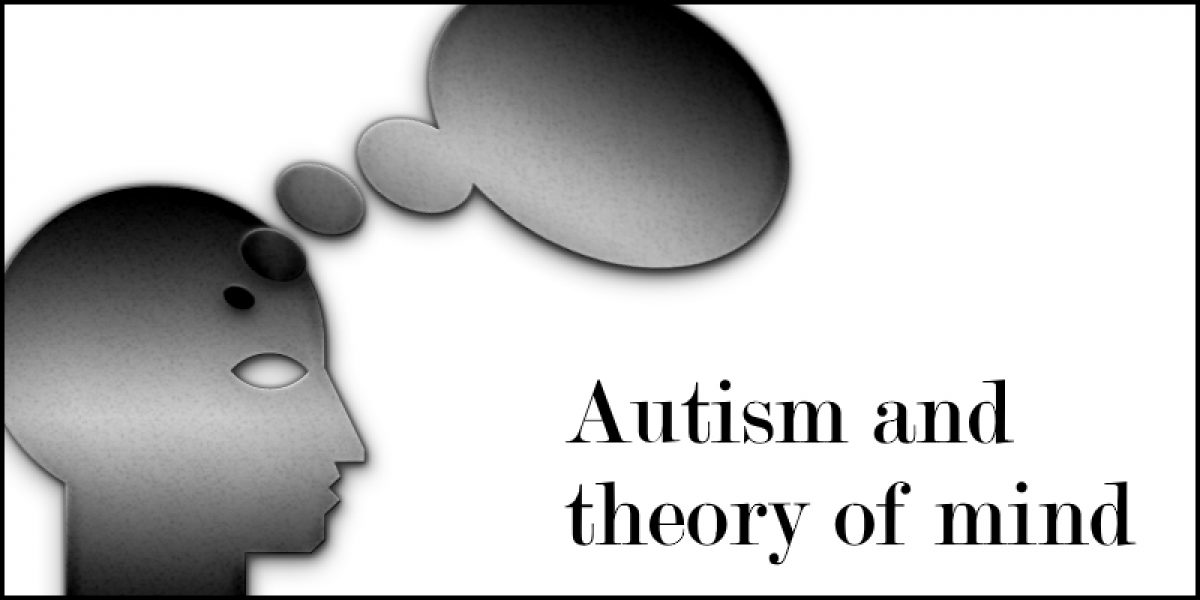 Do people with autism spectrum disorders lack a theory of mind?

One strategy for explaining this three-way pattern is to identify a single underlying problem that links the different symptoms. Such so-called core deficit approaches all address autism at the socio-cognitive level, but make different assumptions about how cognitive and social functioning interrelate.

The most influential, and perhaps the most compelling, socio-cognitive model argues that people with ASDs have a diminished capacity to understand the thoughts, beliefs, intentions and emotions of other people, and perhaps themselves. Indeed, people with autism may be unaware that others have such a mental life. It has been argued that such theory of mind (ToM) was fundamental to the evolution of our species as advanced social animals. Making a similar point from a philosophical perspective, Daniel Dennett (1978) suggested that if a person was unable to understand the thoughts or intentions of another person, much of social interaction and communication would be a mystery. Hence a ToM deficit could explain the autistic difficulties in both these areas. The following anecdote illustrates this point.

A child with autism was instructed by his teacher, ‘Go and ask Mr Smith [another teacher] if he would like a cup of coffee’. The child went and found Mr Smith and delivered the question, but then came straight back without waiting for the reply: he did not realize that the intention of these communications was to find out whether Mr Smith wanted a drink.

Most conversation is inherently ambiguous, and to make sense of it, we use context and behavior to work out the intentions behind what people say. Sperber and Wilson’s concept of relevance and inference is essentially this.

Dennett reasoned that the most stringent test of ToM was whether a person could understand that someone else’s belief about a situation was different from their own, and from reality – the so-called false belief test. Imagine the following scenario:

You and a friend drive to the shops in your car. You park your car in a particular street (Mount Street) and as you both have different shops to visit you arrange to meet back at the car in an hour’s time. Shortly after parting from your friend, you realize you have left your wallet at home, so you take the car home to fetch it. When you get back to where you parked before, it is full up, so you have to park in a different street (Park Street). You know that when your friend goes to meet you she will assume that the car is where you originally parked it. Unless you can find her first, she will go to meet you there.

In this situation you understand that your friend’s belief about the location of the car is false, and that she will act on the basis of this false belief. Developmental studies suggest that children typically develop similar understanding at the age of four. Simon Baron-Cohen and colleagues (Baron-Cohen, Leslie and Frith, 1985) designed an experimental test of whether children with autism could understand false belief, called the ‘Sally-Anne Test’ described below.

The child sits at a table on which there are two dolls, Sally and Anne. Each doll is placed facing a lidded container: a basket and a box. The experimenter names the dolls for the child, and then checks that the child has understood which is which. The experimenter enacts a scenario (Figure 1) of hiding a marble in the basket – using one doll (Sally) to ‘hide’ the marble, with the other doll (Anne) looking on. Sally then ‘leaves the room’ and the marble is re-hidden in the box. Sally then returns and the experimenter asks the child three questions:

Three groups of children were tested (one at a time):

The higher mental age among the participants with autism was designed to ensure that the way they tackled the test was not simply due to lower intellectual level. The reason for including both typically developing children and children with Down’s syndrome as control groups was to ensure that any differences in the experimental group are specifically associated with autism, and not with learning difficulties in general. Similar design features are common to many experimental studies of children with autism.

Why do children with autism fail the ‘belief’ question?

Why do children with autism fail on the ‘belief’ question in this experiment? They are intellectually as able as the other two groups of children. They also have no difficulty in remembering where the marble was originally hidden or in understanding where it had been relocated: they were able to answer both the memory question and the reality question correctly. One explanation is that since children with autism have difficulties with pretend play, they misunderstood the pretend drama that was being enacted by the dolls. But this was ruled out by later experiments that replicated the test using real people to enact the scenario.

Baron-Cohen et al. argued that children with autism tend to fail on the ‘belief’ question because, instead of ‘putting themselves in Sally’s shoes’, they assume that her belief about where the marble is hidden is the same as their own knowledge of where the marble really is. In short, the study appears to show that children with autism lack the capacity for understanding another person’s mental state. This now classic study stimulated a massive wave of research that has examined and refined the ToM hypothesis and tested its predictions. Children with autism have been found to have difficulties in many areas that are consistent with a ToM deficit. For instance, children with ASDs make little use of mental state language (words like think, know, believe, feel) in their speech. They have difficulty understanding or engaging in deception. Irony (saying ‘what great weather’ when it’s pouring with rain) and metaphor (‘that will keep the wolf from the door’) are lost on them. Difficulties like these make young people with autism vulnerable to deception or exploitation.

However, 20 per cent of the children with autism pass experimental ToM tests like the Sally-Anne Test. It is also only possible to test participants who can understand test instructions, which precludes testing participants with profound autism. Finally, the approach addresses ongoing behavior and skills in individuals diagnosed as having autism, but it does not explain the process of development that leads to these outcomes.