What is an Allophone? 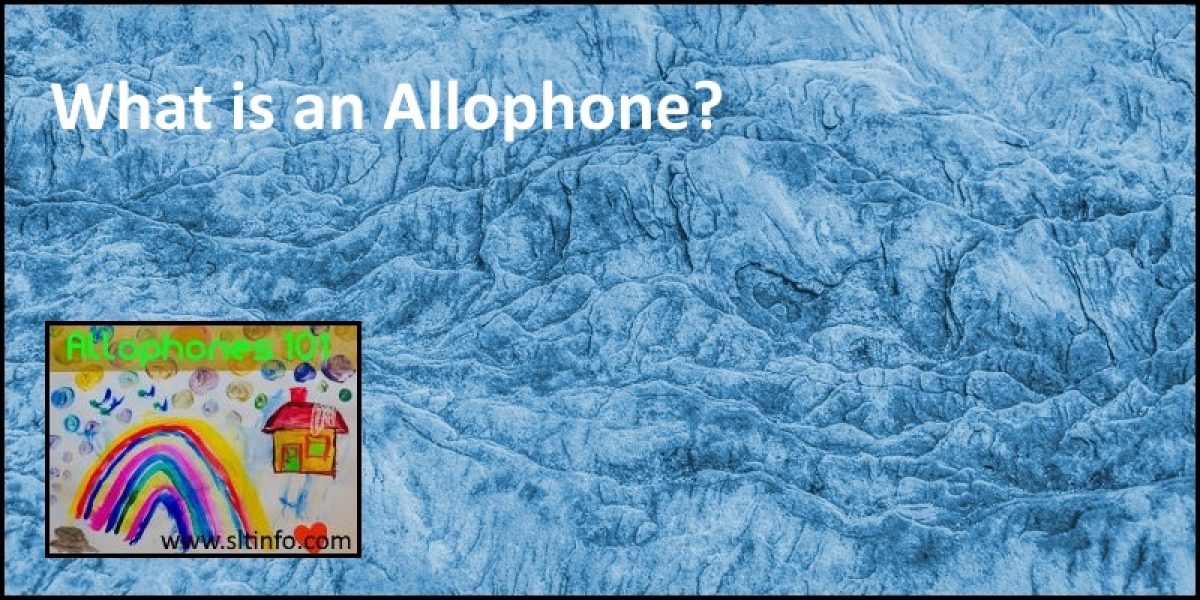 Just what is an allophone? Elsewhere we have defined a phoneme as a contrastive sound in the speech sound system of a particular world language (see ‘Phones and Phonemes’ in International Phonetic Alphabet (IPA). In essence, phonemes are speech sounds that are used to differentiate between one word and another. Consider the word mad, which we would transcribe phonemically as /mæd/. We could substitute the initial bilabial nasal /m/ with the bilabial plosive /b/ in order to make the new word bad /bæd/. Thus, /b/ is a phoneme because it has functioned contrastively and created a new distinction in meaning – it has created a new word. By reversing the argument, it can be seen that /m/ is also a phoneme, as it can substitute for the /b/ in bad /bæd/ to make the new word mad /mæd/.

What we are doing here, to test whether or not a particular speech sound is a phoneme or not, is searching for minimal pairs. A minimal pair is two words that mean different things and differ in only one sound. So, as we have seen, bad and mad form a minimal pair. They differ only in one sound (the initial consonant), and they mean different things. Consequently, the two initial consonants /b/ and /m/ contrast with one another to create new meanings and they are, therefore, distinct phonemes. Other examples of minimal pairs include:

Now, recall that sounds have a tendency to be modified by the environment in which they occur. We have seen previously, for example, that when the consonant /t/ occurs in a word such as top it is aspirated, i.e. [tʰ]. However, when it follows a /s/, such as in the word stop, it is not aspirated, i.e. [t]. However, unlike the phonemes highlighted above, these two sounds fail the minimal pairs test. That is to say, we can find no minimal pairs in English for these two sounds:

Clearly the above is not a minimal pair because both words mean the same thing: they are merely articulated slightly differently. In sum, [tʰ] and [t] do not contrast and they are not, therefore, phonemes. They are, in fact, slightly different ways of articulating the same phoneme /t/, depending on the environment in which this phoneme occurs.

We see, then, that native speakers do not perceive all phones as sufficiently distinctive for creating differences in meaning. In this sense, phonemes are mental constructs. They are not the sounds themselves, as it is the various phones (e.g. [tʰ] and [t]) that we actually articulate in any particular context. Phonemes are, therefore, abstract mental representations of the distinctions that native speakers consider important in creating meaning (Figure 1). Phones, then, are always articulated in a precise way (e.g. with or without aspiration). However, phonemes are articulated differently in different environments, according to how many variant sounds of a particular phoneme there are. The variant sounds are known as allophones. They are the different pronunciations of the same phoneme. 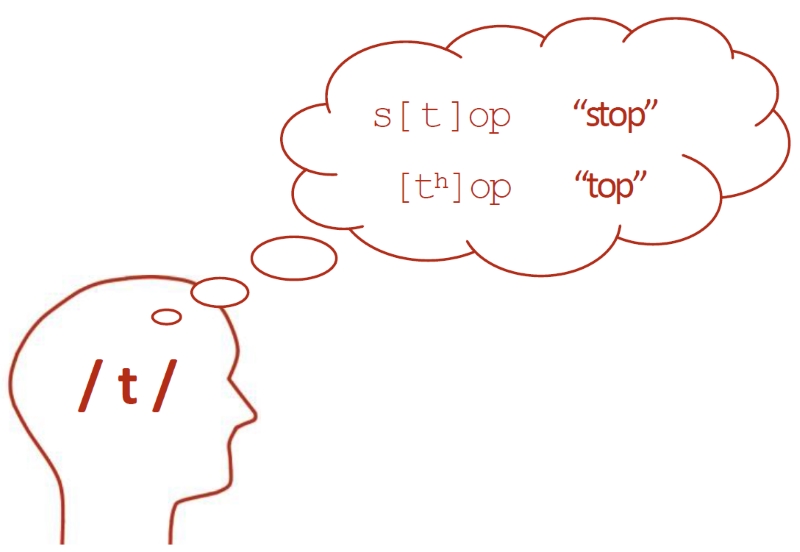 There are numerous allophones of English and we are not able to describe all the possibilities in an introductory text. However, we will describe several readily observable phonetic features which exemplify allophonic variation in both vowels and consonants.

NEXT>> Allophonic Variation in Vowels