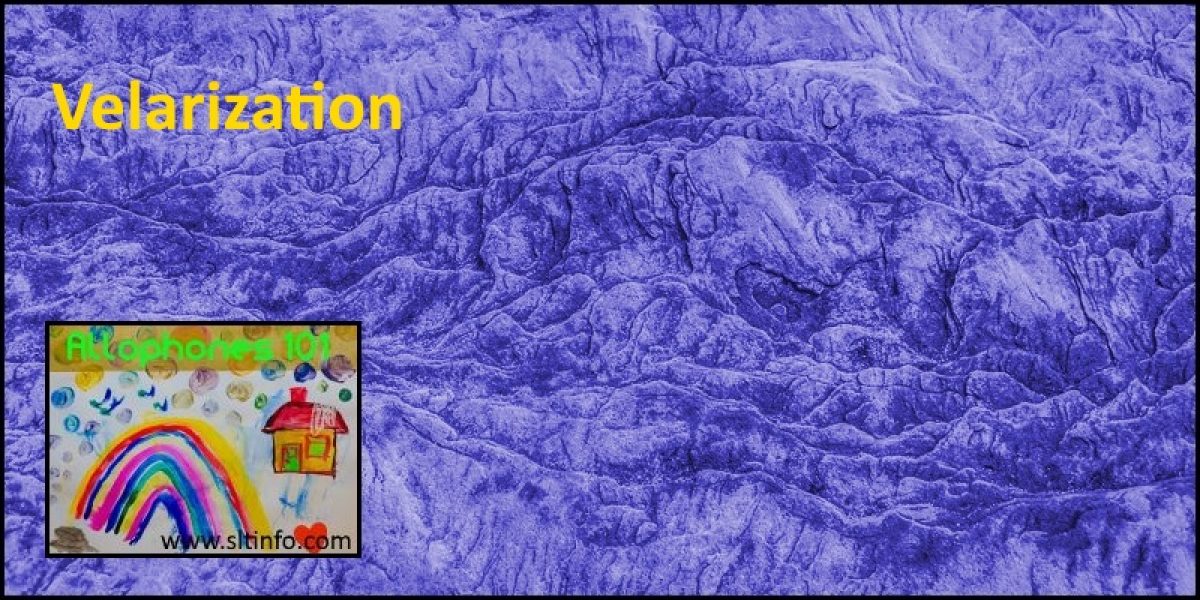 We have noted elsewhere (see Approximants) that the lateral /l/ is formed by the tongue tip creating a complete closure at the alveolar ridge and the air stream being allowed to escape over the sides of the tongue laterally. This particular configuration appears in words such as look /lʊk/, silly /sɪlɪ/ and like /laɪk/. However, in certain contexts, the quality of the phoneme is quite different. Compare the production of /l/ in the words let /lɛt/ and always /ɔlweɪz/. In the word let, the /l/ appears before a vowel and it is articulated with tongue tip closure against the alveolar ridge and lateral air escape. However, in the word always, the /l/ now appears before a consonant. This time it is articulated with the body of the tongue slightly flatter, as the back of the tongue is raised towards the velum. The sound is, therefore, said to be velarized. We represent this allophone symbolically as [ɫ]. This allophone occurs before consonants, as we have seen, and also word-finally (e.g. ball /bɔl/ → [bɔːɫ]). It is sometimes referred to as dark l.

Velar Shifting
Retraction
What is an Allophone?