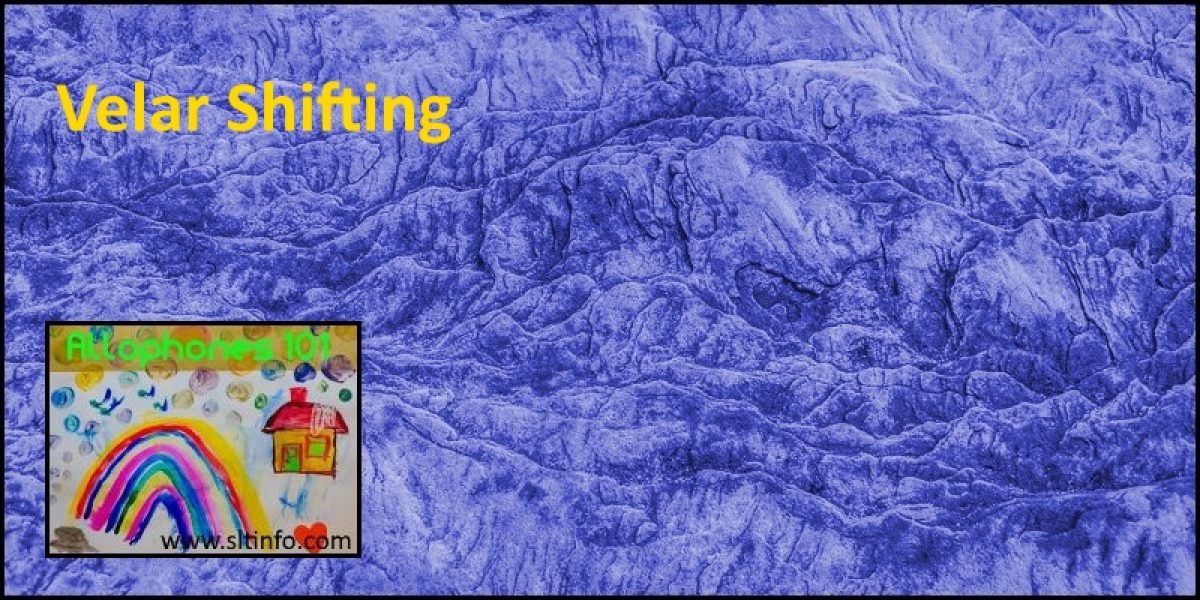 Consider the articulation of the voiceless velar plosive /k/ in the following sequence of words.

Say the sequence out aloud a few times to gain a feeling for what is happening at the point of velar closure, i.e. the location at which the back of the tongue contacts the soft palate. If you are struggling to detect what is taking place, first say the sequence a few times slowly, with careful and precise enunciation and then repeat it rapidly a few times, as you might do in everyday talk.

A similar shift in the actual point of contact of the velar closure occurs for the voiced velar plosive /g/. Try saying the following sequence aloud a few times.