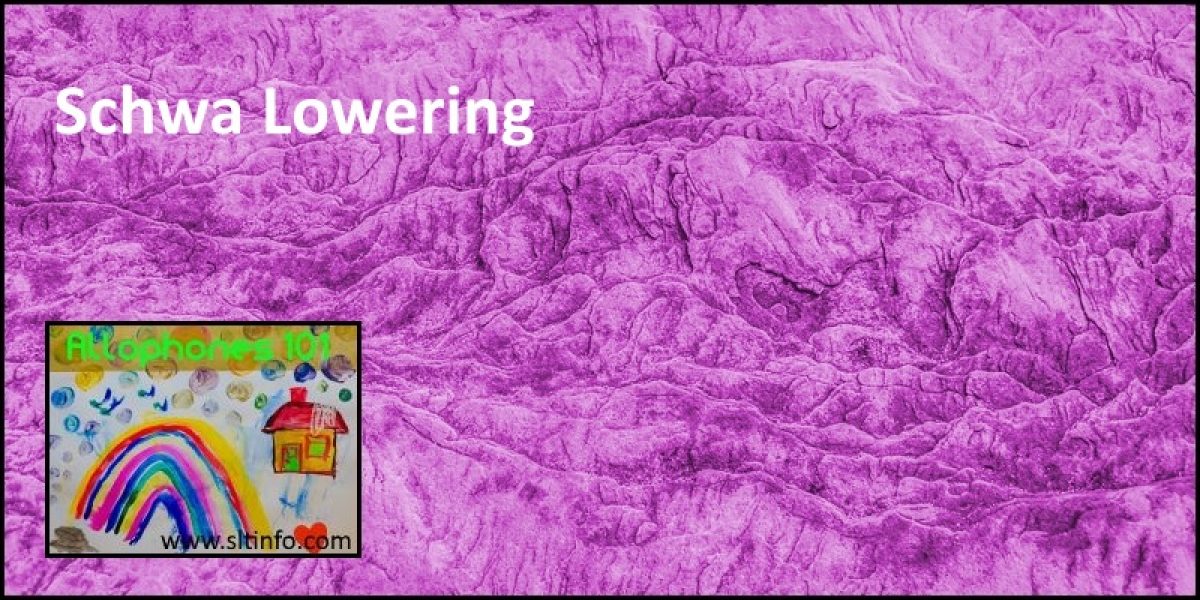 What is schwa lowering?

We have seen elsewhere (Central Vowels) that one of the two central vowels of English frequently appears in unstressed syllables. This is the schwa vowel /ə/. We have also noted that this phoneme occupies a mid position, being articulated with the mouth open halfway between close-mid and open-mid (see Figures 9 and 10, Central Vowels). Now, consider the exact placement of this vowel in the following words.

Each of these words is a disyllable with /ə/ in the unstressed syllable. Do you notice any difference in the articulation of /ə/ between the two? Try saying the two words aloud, fairly deliberately and carefully. With careful attention, you should notice that the /ə/ vowel in the word appease is fairly close to the neutral mid position. However, in the word Pisa the vowel is slightly lowered towards the open-mid position. This shift to a lowered position is represented diagrammatically in Figure 2. 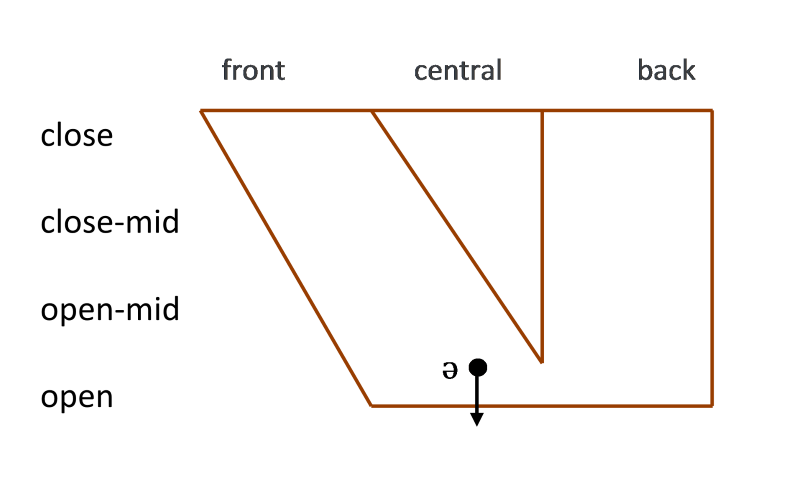 In fact, this so-called schwa lowering occurs when the vowel /ə/ appears before a pause – in the case of Pisa the pause is the end of the word (if the word is spoken in isolation). We represent this phonetic variation symbolically as [ə↓]. The phonetic representation of /ə/ as it appears at the beginning of the word appease is written as [ə]. So, we can set out both the phonemic and phonetic transcriptions as follows.

We conclude, therefore, that the phoneme /ə/ has at least two allophones: [ə] and [ə↓]. The allophone [ə↓] occurs before a pause, and the allophone [ə] occurs elsewhere. Remember that, these allophones do not appear in the same place at the same time. Table 1 summarizes how this phonetic feature affects the schwa vowel.