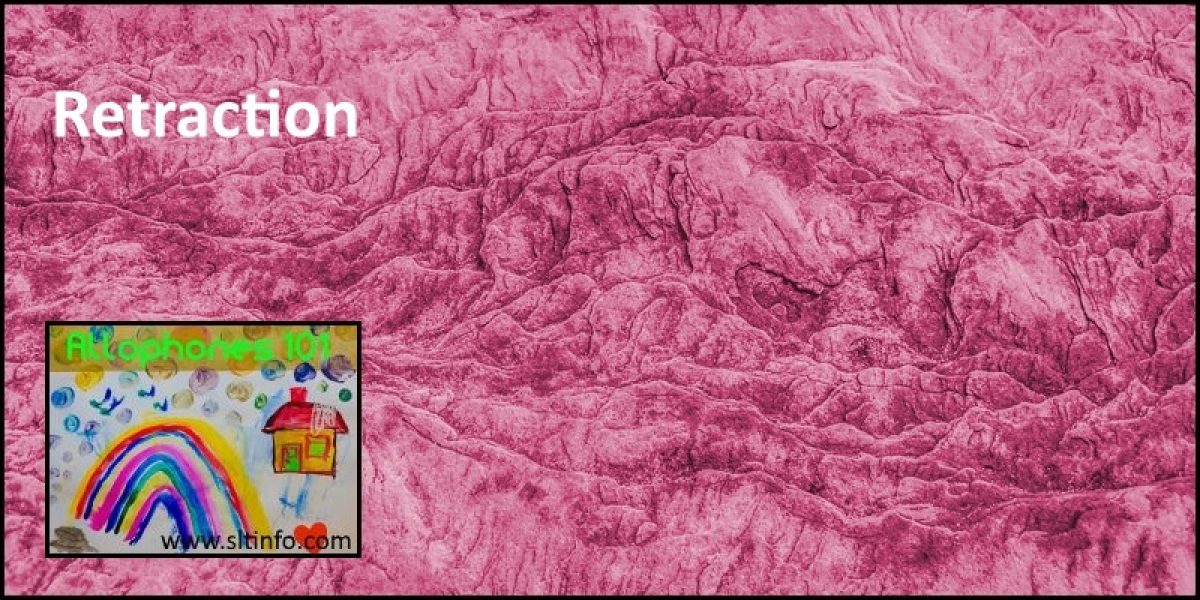 We have seen (Velar shifting) how the velar plosives /k/ and /g/ are retracted when they appear before a back vowel. An analogous retraction affects the sounds /t d n l/ when they occur before the alveolar approximant /r/. The relatively low tongue posture of /r/ tends to pull the tongue-tip (apical) consonants backwards towards a post-alveolar place of articulation. For some speakers this phonetic variation can be quite subtle and it is not always easy to detect. You may be able to get an idea of how the tongue is retracted, however, by saying aloud the words hen and Henry in succession, i.e. hen – Henry – hen – Henry – hen – Henry…

Consequently, the phoneme /n/ has at least three allophones: [n], [n̪] and [n̠].

Here are some examples of retraction of /t d n l/ before /r/:

Note that whilst /t/ is retracted before /r/, it will be produced without aspiration when it follows /s/ and with aspiration in other contexts. Also, as well as /l/ being retracted, it is also velarized. This is because, as we saw earlier, /l/ is velarized when it appears before a consonant. There is a sense, then, in which phonetic variations can be accumulated: they can be added to each other depending on the particular environment in which they occur. Such reiterations can even be found with the process of retraction in a word such as country, which has both the /n/ and /t/ retracted in the consonant cluster [1] that immediately precedes /r/, i.e.

Table 11 summarizes the phonetic feature of retraction as described above.

Having introduced just seven types of phonetic variation so far, even this relatively small number should have consolidated the view that there are numerous allophonic variations in English. There are many more features that we can discuss in this introductory text. We will content ourselves with a description of just one more phonetic variation of consonants, glottalization.

[1] Consonant clusters are sequences of up to four consonants without any intervening vowels, e.g. /spr‑/ in spring; /fl‑/ in flower; /‑ts/ in bits.