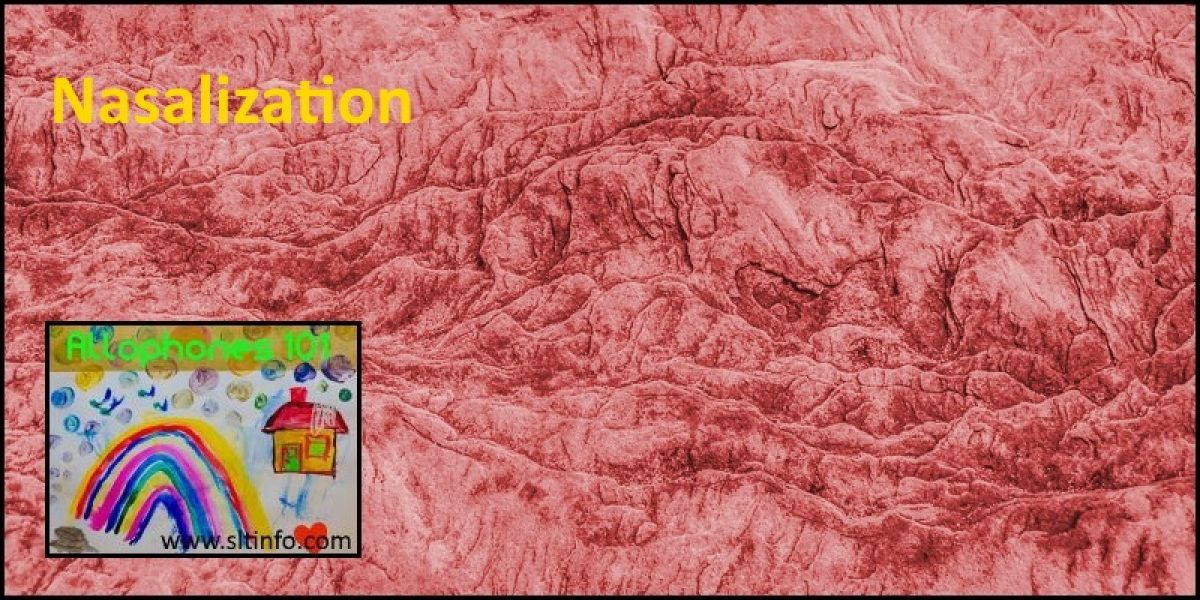 Say the word art /ɑt/ aloud. Now contrast this by saying the word mart /mɑt/. Do you notice any difference in the quality of the /ɑ/ vowel? If you are uncertain, say the words aloud in quick succession: art – mart – art – mart… If you listen carefully, you may be able to detect a nasal quality to the vowel in the word mart: it is nasalized.

In mart, the vowel is immediately preceded by the nasal consonant /m/. In this context, it is almost as if the /m/ lends its nasal feature to the neighboring vowel. The neighboring vowel then appears to assimilate this feature, becoming nasalized.

This transformation of a speech sound owing to the influence of a neighboring speech sound also functions when the nasal consonant follows the vowel. Try saying the words add /æd/ and Anne /æn/ in quick succession: add – Anne – add – Anne… Can you detect any difference in the nasal quality of the vowel? If not, try saying the sequence again but, this time, pinch your nose with your thumb and index finger to prevent air escaping out of the nose. Can you now detect that in the word Anne there is a slight resonance in the nasal cavity that begins on the vowel /æ/? This is because when vowels occur in words immediately before a neighboring nasal consonant, they appear to borrow the nasal feature of the following consonant, assimilating this to become nasalized.

The nasalized vowel is transcribed as [ɑ̃]. As we have seen, nasalization of vowels typically occurs when the vowel immediately precedes, or follows, a nasal consonant /m, n, ŋ/, as in words such as man [mæ̃n], now [naʊ̃ː] and wing [wɪ̃ŋ].

Similarly, every other vowel will have a nasalized allophone when the phoneme appears either immediately before or immediately after a nasal consonant. This is summarized in Table 4.

NEXT>> Allophonic Variation in Consonants