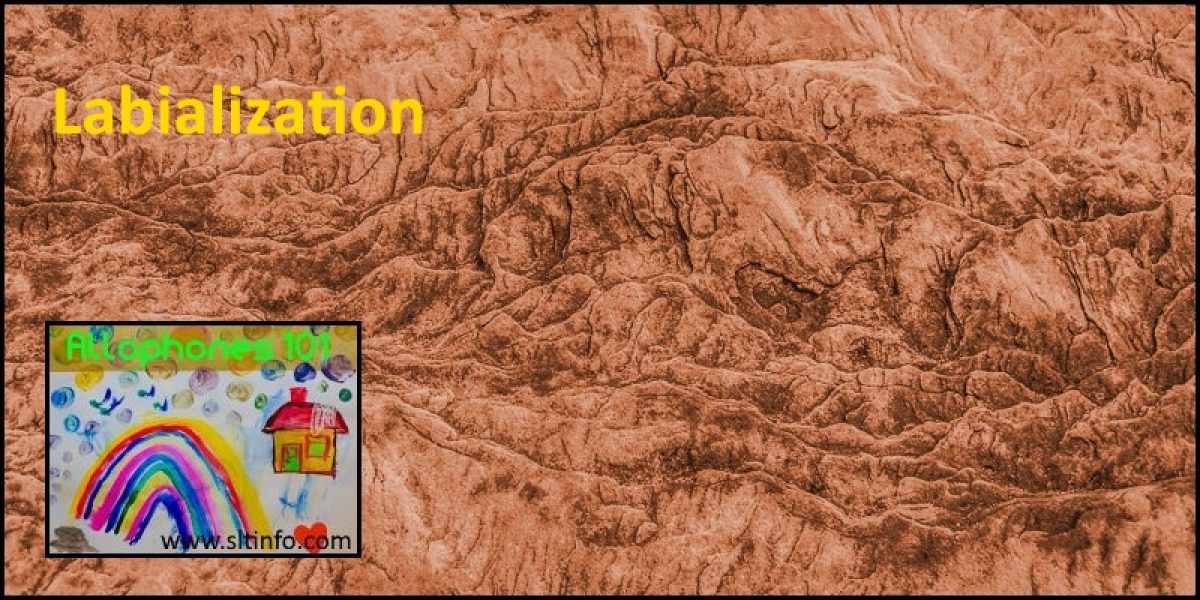 Whenever the bilabial nasal /m/ or the alveolar nasal /n/ appears before a labiodental fricative /f, v/ they are prone to assimilating the labiodental place of articulation. Consider the following.

Here, the bilabial nasal /m/ immediately precedes the labiodental fricative /f/. In such a context, the /m/ may assimilate the same place of articulation, resulting in a labiodental nasal, symbolized in IPA as [ɱ]. This sound is articulated in the same way as all nasals, in that the soft palate is lowered and there is a complete blockage in the oral cavity which forces the air to escape only through the nasal cavity. As we have seen, the blockage for production of the bilabial nasal /m/ is created with the two lips forming a complete seal. With the labiodental nasal [ɱ], the blockage is created with the lower lip and upper incisors forming a complete seal. [This is the same place of articulation as in the production of the labiodental fricatives /f, v/. With these fricatives, however, there is only near contact of the bottom lip with the upper incisors and not a complete closure.] This phonetic variation is known as labialization. The non-labialized allophone [m] appears in all other contexts. We see, therefore, that /m/ has at least two allophones: [m] and [ɱ].

The alveolar nasal /n/ may also be labialized in a similar context:

Here, the alveolar nasal similarly assimilates the labiodental place of articulation of the immediately following labiodental fricative /v/. Again, this results in the production of the labiodental nasal [ɱ]. We must now, conclude, that the phoneme /n/ has at least three allophones: [n], [n̪] and [ɱ].

Further examples of the labialization of /m, n/ before /f, v/ include the following.

[1] “Humvee” is derived from the pronunciation of the acronym HMMWV, which stands for High Mobility Multipurpose Wheeled Vehicle (an all-terrain four-wheel-drive military vehicle).