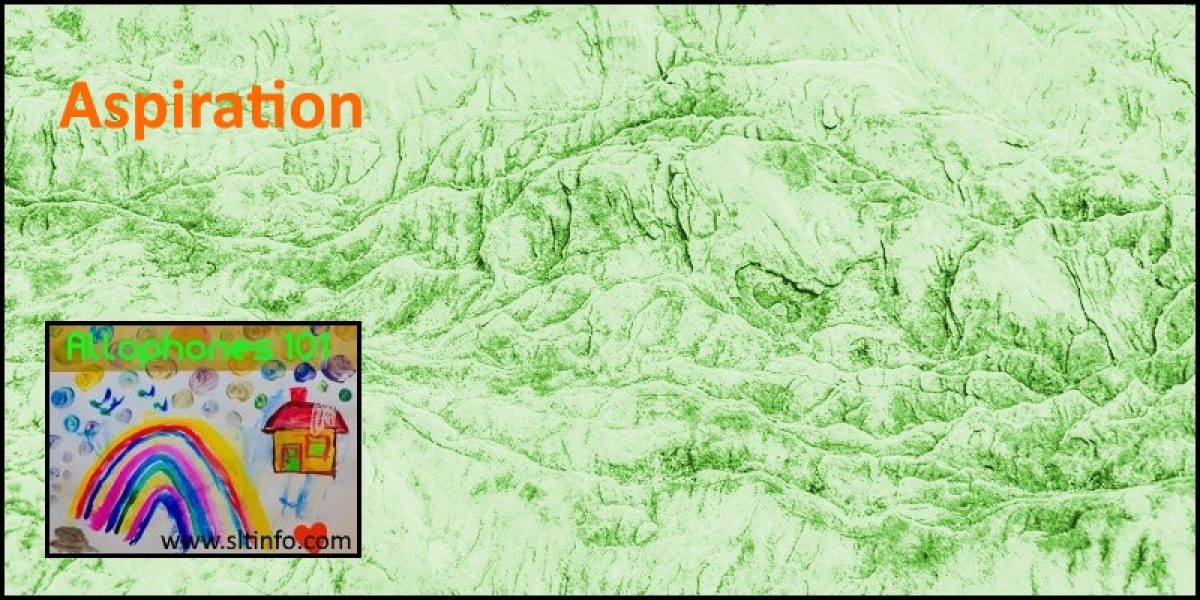 We have already highlighted how certain phonemes may be produced with an accompanying short puff of air in certain contexts. In particular, we considered the production of the voiceless alveolar plosive /t/ in the words top and stop (see What is an Allophone?) In the word top we saw that the /t/ is aspirated, i.e. /tɒp/ → [tʰɒp]. In the word stop, however, we saw that there is typically no aspiration, i.e. /stɒp/ → [stɒp]. We can say, therefore, that the phoneme /t/ has at least two allophones: [t] and [tʰ].

Aspiration also affects the two other voiceless plosives: the alveolar /p/ and the velar /k/. In fact, they are affected in the same way as /t/ when they occur in the same environments.

Only plosive sounds can be aspirated and so there are no examples of nasals, fricatives, affricates or approximants being aspirated. Note also that only voiceless plosives are aspirated, i.e. the voiced plosives /b/, /d/ and /g/ are not aspirated (Table 5).