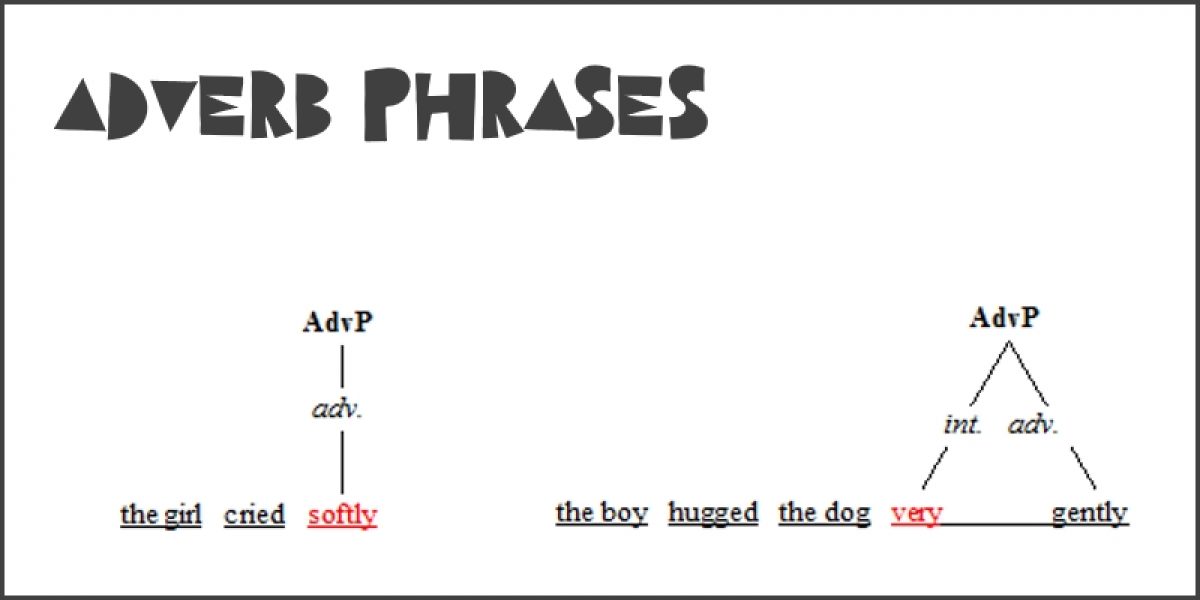 The head word of an adverb phrase (AdvP) is always an adverb, e.g.

As with noun phrases and adjective phrases, the head word (usually just referred to as the ‘head’) of an adverb phrase can also be pre-modified by the use of an intensifying adverb.

The following example is similar and demonstrates the use of the intensifying adverb rather to pre-modify the head adverb tightly.